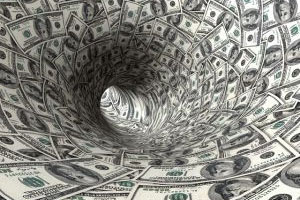 Tyler Cowen has a big piece about income inequality in The American Interest that’s well worth reading. However, it’s not really about the growth of inequality. It’s about Wall Street. In particular, it’s about this question: why do financial professionals make so damn much money?

The answer, of course, is that they work in an industry that’s become ungodly profitable. But how? Tyler attributes it to the practice of “going short on volatility.” That is, modern finance professionals mostly gamble that what happened in the past will keep happening in the future, and disasters will never happen. In most years this makes them a lot of money (because, in fact, disasters rarely happen).

But this is mysterious. After all, not everyone is going short on volatility. In fact, by definition, only half of the punters on Wall Street are doing it. The other half are taking the other side of the bet. Tyler explains this with an analogy to a bet that the Washington Wizards, one of the worst teams in basketball, won’t win the NBA championship. If you make that bet year after year, you’ll keep making money year after year.

This is a useful analogy precisely because it wouldn’t work. After all, to make that bet, you have to find someone willing to take the other side and bet that disaster will strike and the Wizards will win. But they know just how unlikely that is, so they’re going to require very long odds. On a hundred dollar bet, they’ll want $100 if they win but will only be willing to pay off one dollar if you win. That won’t make you rich.

So how can you make money doing this? Answer: find someone who doesn’t know much about basketball and pays off two dollars on this bet instead of one. 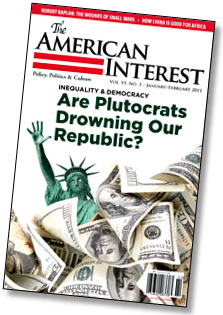 Additionally, you need to borrow money so you can make lots of bets. So instead of placing a $100 bet and making a dollar, you borrow a million dollars, make lots of bets on lots of teams, and make $20,000. It’s the road to riches.

The questions this raises should be obvious. First, why would anyone be dumb enough to offer you such mistaken odds? Second, shouldn’t the interest on the loan wipe out the profit from such a tiny betting margin? Third, why would anyone loan you this money in the first place, knowing that you have no chance of paying it back if disaster strikes, one of your teams wins, and you lose your entire stake?

Or are they? Tyler argues that, in fact, both sides are betting that as long as everyone is doing this, the occasional disasters will be so epically disastrous that central banks will bail them out. They have no choice, after all, if the alternative is the destruction of the global economic system. So the tail risk is smaller than you think. Borrowers will make money in good years and default in bad years. Lenders, meanwhile, will also make money in good years, secure in the knowledge that on the rare occasions when everything goes pear shaped and borrowers can’t pay back their loans, the government will make them whole. As Tyler reminds us, “Neither the Treasury nor the Fed allowed creditors to take any losses from the collapse of the major banks during the financial crisis.”

But I don’t find this persuasive as a behavioral explanation. The problem is that there’s simply no evidence I’m aware of that Wall Street executives ever thought about this or priced it into their models. Sure, they may have been reckless or stupid. However, they weren’t setting prices for financial instruments based on the idea that, yes, they were taking a genuine risk of going bust, but they could price that away because they’d get bailed out by Uncle Sugar when it happened. Rather, they really, truly, believed that they weren’t exposed to very much risk. As near as I can tell, this was true on both the buy side and the sell side.

Tyler’s story of private gains and socialized losses is surely true as an explanation for how the finance industry stayed highly profitable even while undergoing an epic meltdown. But I’m not sure it adequately explains why the industry became so stratospherically profitable before the meltdown. Because the problem in the pre-meltdown era wasn’t that banks were taking on more and more risk, the problem was increased leverage and mispriced risk. For some reason, as Tyler puts it, “It’s as if the major banks have tapped a hole in the social till and they are drinking from it with a straw.”

This has always been one of the central mysteries of modern finance: Why is it so damn profitable? We’re talking about an industry that’s global, largely commoditized, and highly competitive. Profits should have been under extreme pressure for the past few decades. And yet, somehow, just the opposite was true. Against all theory, banks were able to consistently charge excessive prices; consistently take the better side of financial bets; and consistently persuade every other actor in the business that mispriced risk was, in fact, correctly priced. The result has been wild profitability and huge bonuses.

And where did this insane gusher of money come from? There are three possibilities: (1) banks created it, (2) their activities caused the economy to grow faster than it otherwise would have, and they reaped the benefit of that extra growth, or (3) it was somehow skimmed away from the rest of society. Possibility #1 is unlikely: banks certainly created mountains of debt, but mountains of money would show in skyrocketing monetary aggregates and high inflation, neither of which happened. Possibility #2 also seems unlikely. There’s simply no evidence, either in comparisons over time or comparisons between countries, that economic growth over the past two or three decades has benefited from financial rocket science. So that leaves possibility #3: somehow, all this financial engineering was based on skimming money away from everyone else.

So, in the end, Tyler’s piece really is about income inequality. The incomes of the vast middle class have lagged productivity growth by a small amount each year, and that small amount has accumulated into a gigantic pool of cash that gets funneled to a tiny number of the super rich, many of them in the finance industry.

But how? There’s still a mystery here that no one has ever adequately explained. But it’s important. As I’ve mentioned before, the primary metric for determining if financial reform is effective is the profitability of the financial industry. If it goes down a lot — by about half, I’d say — then it will have been successful. If not, then not. So far, the signs don’t look good.