Republicans have lately been floating the idea of a new law that would allow states to declare bankruptcy. The benefit, from their point of view, is that union contracts can be forcibly renegotiated in bankruptcy, which 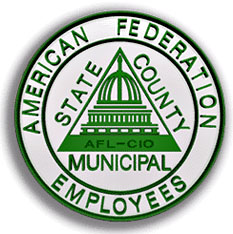 would allow states to roll back public sector pension plans and — not coincidentally — deliver a hammer blow to public sector unions. However, House majority leader Eric Cantor recently came out against the idea, and James Pethokoukis smells a rat. He thinks GOP pols are caving in to Wall Street interests:

Let’s try and connect a few dots….In 2010 election cycle, Wall Street campaign contributions shifted to Republicans from Democrats….Wall Street does not like the idea of states being given the power to file for bankruptcy….Overall, banks own some quarter-trillion bucks worth of state and local debt.

….Also, some Wall Street firms make a lot of money off the public pension system and don’t want to get on the wrong political side of the issue. Take the Blackstone Group, a private equity firm….Blackstone’s view on public employee pensions is clear and unambiguous: We believe a pension is a promise. Working men and women should not have to worry about their retirement security after years of service to their communities….Billionaire Blackstone CEO Steve Schwarzman is a big Republican moneyman…Many Republicans would love to cement their rekindled financial relationship with Wall Street heading into 2012 when they have a good chance of retaking the Senate.

I’d say Pethokoukis has this about right. Corporate and financial interests may hate unions, but they don’t hate public sector unions. Why should they? Higher wages for public sector workers don’t cause them any grief. Conversely, they do hate the idea that their bonds will ever be paid off at less than 100%, no matter how dire the emergency. They made that crystal clear during the 2008-09 financial crisis, and indeed, their counterparty obligations were paid off at 100% in virtually every case.

Put it all together and you have a pretty united financial/corporate stand against anything that might allow states to default on their obligations. That’s a lot more important than a longshot attack on public sector unions they don’t care about anyway. This is a bitter pill for Republicans, who’d love to take a shot at one of the Democratic Party’s big funding sources, but it’s the price you pay when you’re a wholly owned subsidiary of corporate America. You do what they say whether you like it or not. And what they’re saying is: don’t even think about endangering our money. Capiche?