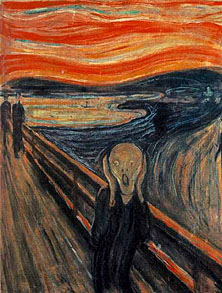 Folks on the right think leftists don’t confront the indefensible speech uttered by their side. And vice-versa.

So why don’t the folks at The Corner enter into a bargain with a prominent blogger on the left?

What do you say, Matt Yglesias or Kevin Drum or Jonathan Chait? Here’s how it would work. Every day for a week, Monday through Friday, The Corner’s designated blogger could draft one post for publication on the left-leaning blog. The catch? They’d be limited to offering five direct quotations per day of lefties engaged in indefensible rhetoric, however they define it (in context, of course).

In return, the liberal interlocutor could publish the equivalent post at The Corner. And every day for a week, the participants would have to read one another’s five examples for that day, and decide whether to acknowledge that they’re indefensible and assert that the source should apologize if he or she hasn’t done so… or else defend the remark(s).

Maybe I’m wrong. But I suspect that Yglesias, Drum, and Chait would all be game for this sort of exchange. And that it wouldn’t be approved at The Corner in a million years.

Not a chance. On the list of things I don’t want to spend my time on, this ranks very, very high. But if Chait takes him up on this I promise to read every day just for the entertainment value.

On a slightly more serious note, the real problem is that I don’t think individual quotes here and there really prove anything. There are a lot of people in America, and that means that every day there are lots of people saying stupid things. Big deal. What matters is the overall tone, and here I think Harold Meyerson basically has it right:

A fabricated specter of impending governmental totalitarianism haunts the right’s dreams. One month after Barack Obama was inaugurated as president, Beck hosted a show that gamed out how militias in Southern and Western states might rise up against an oppressive government. The number of self-proclaimed right-wing militias tripled — from 42 to 127, according to the Southern Poverty Law Center — in 2009 (and that doesn’t count those that are entirely underground).

As much of the right sees it, the government is planning to incarcerate its enemies [], socialize the economy and take away everyone’s guns. At the fringe, we have figures like Larry Pratt, executive director of the Gun Owners of America, who told a rally in Washington last April that, “We’re in a war. The other side knows they are at war, because they started it. They are coming for our freedom, for our money, for our kids, for our property. They are coming for everything because they are a bunch of socialists.”

This is obviously a lot harder to quantify. Are the fever dreams of the right worse than the fever dreams of the left? I’d say they obviously are, but that’s a matter for evidence and argument, not listicles. But nobody on the right is ever going to acknowledge this anyway. They really do think of carbon taxes as tantamount to Stalinism and they really do think of national healthcare as a socialist experiment in starting up death panels for old people. I’m not even sure how you have a conversation about this stuff.

….Noodling some more about this, there are, of course, doom merchants on both the left and right. There were people on the left who were afraid that Bush had turned us into a fascist country and that his national security apparatus was turning us into a police state. So what’s the difference? I think the distinction I always come back to is that for right-wingers this stuff is so much more personal.

What I mean by this is that, generally speaking, lefties weren’t afraid that they personally were going to be rounded up in terror sweeps or sent off to war. They may have had strong views about these things, but (obviously with exceptions) their views were still fairly abstract: fascism is bad and police states are bad, but they themselves weren’t really the ones who would suffer from it. It was others. And no matter how dedicated you are, you’re never as passionate about other groups as you are about yourself.

Conservatives, by contrast, take this stuff very personally indeed. The government is coming for their guns, the government wants to kill their grandmother, the government wants to confiscate their money. Needless to say, this provokes a whole different level of frenzy. When you conceive of your political opposites as literally coming after you, it makes a lot more sense to take a very apocalyptic view of things. Thus, the popularity of Glenn Beck.