Should states require that interior designers be licensed? How about manicurists? Hair stylists? Florists? Why not let people do these things without bothering to put hurdles in their way that, in the end, mostly just protect existing 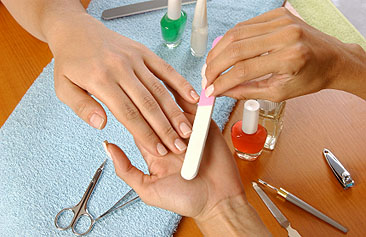 manicurists/hair stylists/florists from competition? It’s not as if a bad manicure is really that big a deal, after all. Today, Felix Salmon takes a crack at making the progressive case for licensing:

Broadly speaking, the more constraints you have on a profession, the less likely you are to see massive inequality within that profession. If you got rid of licensing for profession X, you’d see many more low-paid Xs than you do right now, and you’d also see a significant uptick in earnings at the very top of the X profession. It’s a second-order effect, to be sure, but I’m pretty sure that at the margin, licensing helps to reduce inequality.

I’m in favor of reducing the number of gratuitous licensing laws; I’m also a fan of motherhood and apple pie. But at the same time I think they are, in a sense, a form of worker protection which is acceptable to Republicans — think of them as unions for people who hate unions. And that’s not entirely a bad thing.

Hmmm. Putting aside the question of whether this is a good justification for licensing regimes, is it actually true? Does licensing really reduce income inequality within professions? Felix links to an article about growing inequality at the tops of big law firms, but I’m not sure how that supports his case. Law, after all, is one of the most strongly licensed fields we have. If three years of law school plus a bar exam plus large amounts of professional regulation aren’t enough to keep income inequality in check in the legal field, I’m not sure that nine months of barbering instruction would have much effect at all in the barbering field.

Beyond that, though, I’d like to have some idea of the raw numbers here. Take a look at this page, for example, which lists the licensed occupations in the state of New Jersey. Barbers are there, of course, and maybe they shouldn’t be. I’m not sure. But the majority of the occupations are in the healthcare industry, where I think we can widely agree that some kind of certification is a good idea. And even some of the others look pretty justifiable if you think about them a bit. Plumbers and electrical contractors? The state probably has a legitimate interest in making sure that nitwits don’t damage public property (sewer systems) or cause neighborhood fires because they don’t know what they’re doing. Locksmiths and burglar alarm installers? That might be a crime control thing. Landscape architects? I’m not sure about that one. But maybe drainage issues are important for more than just the house getting the landscaping?

Still, it’s mostly healthcare. The last time I had some blood drawn I asked how one gets to be a blood drawer. The answer, first of all, is that the proper term is phlebotomist. And second, you take a six week class in order to get certified. (In California, anyway.) During the first few weeks of this class the aspiring phlebotomists learn the basics by drawing each other’s blood many times each day. Sounds grim, doesn’t it? My phlebotomist assured me it was. Still, she did a pretty good job of drawing my blood, for which I’m grateful. So has every other phlebotomist who’s ever drawn my blood. That sounds like a win for phlebotomy certification.

In any case, my question is this: sure, you can find silly cases like Louisiana’s florist licensing requirement. And the hairdressing/manicuring industry is a big one where licensing requirements are at least questionable. But overall, what percentage of licensed professionals are in sectors where the requirement is genuinely dubious? Once you take out the healthcare folks, where licensing seems pretty reasonable, as well as the other areas where licensing seems justifiable, how much is left outside the barbering/manicuring industry? Are the funny examples of stupid licensing requirements really widespread, or are they just the kind of rare horror stories that all human endeavors inevitably produce? In other words, is runaway occupational licensing really a big deal? Or just a minor issue that deserves a minor bit of attention? It would be nice to see some actual facts and figures on this.

UPDATE: Adam Ozimek has a useful response here. It doesn’t have all the figures I’d like to see, but it does have a few comparative numbers of interest.