Via Tyler Cowen, Inc. magazine has a piece in its current issue about how entrepreneurs think. It’s based on research from Saras Sarasvathy, a professor at the University of Virginia’s Darden School of Business, and here’s one bit:

That is not to say entrepreneurs don’t have goals, only that those goals are broad and—like luggage—may shift during flight. Rather than meticulously segment customers according to potential return, they itch to get to market as quickly and cheaply as possible, a principle Sarasvathy calls affordable loss. Repeatedly, the entrepreneurs in her study expressed impatience with anything that smacked of 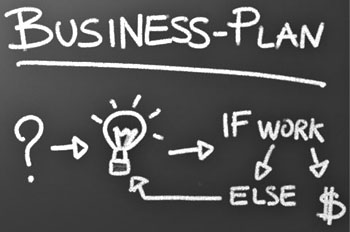 extensive planning, particularly traditional market research. (Inc.’s own research backs this up. One survey of Inc. 500 CEOs found that 60 percent had not written business plans before launching their companies. Just 12 percent had done market research.)

….Sarasvathy explains that entrepreneurs’ aversion to market research is symptomatic of a larger lesson they have learned: They do not believe in prediction of any kind. “If you give them data that has to do with the future, they just dismiss it,” she says. “They don’t believe the future is predictable…or they don’t want to be in a space that is very predictable.”

This reminds me of a study that I read about years ago. (No link, unfortunately, since I don’t remember where I saw it.) The gist of it was that a team of researchers tried to figure out what made entrepreneurs different from ordinary corporate executives. Were they less risk averse? It turned out they weren’t. Did they have different kinds of social and/or analytic skills? Not really. Were they more energetic? More visionary? Better able to understand new markets? No, no, and no.

So what was it? They discovered there was one metric on which entrepreneurs scored far higher than other executives: self confidence. Entrepreneurs, it turned out, weren’t right about things any more often than other executives. But they were convinced of their rightness far more, and this fits pretty well with Sarasvathy’s conclusions. Why bother with market research if you know you’re right? Why bother with a business plan? Why wait to get to market? Why listen to other people’s predictions? There’s just no point in any of this stuff if you know you’re right.

I don’t think this is a hugely surprising result. And it certainly explains a lot about entrepreneurial success and failure. If you’re right, and you’re absolutely convinced you’re right, it’s a big advantage. You’ll go full bore all the time, ignore distractions, and just generally take the most aggressive possible actions whenever you can. And if you’re wrong? You’ll do the same thing and flame out spectacularly. The power of single-mindedness is not to be underestimated.