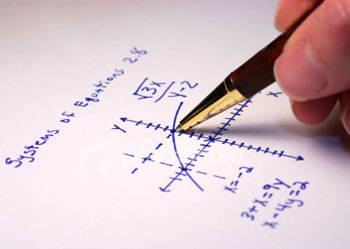 This story has been tickling the back of my mind ever since I first saw it, but I haven’t blogged it yet. So here it is. I knew that many school districts have started requiring kids to pass algebra in order to get a diploma, and I’ve always had mixed feelings about this. But a few days ago the Washington Post informed me that things have gone far beyond that:

Of all of the classes offered in high school, Algebra II is the leading predictor of college and work success, according to research that has launched a growing national movement to require it of graduates.

In recent years, 20 states and the District have moved to raise graduation requirements to include Algebra II, and its complexities are being demanded of more and more students.

….One of the key studies supporting the Algebra II focus was conducted by Anthony Carnevale and Alice Desrochers, then both at the Educational Testing Service. They used a data set that followed a group of students from 1988 to 2000, from eighth grade to a time when most were working. The study showed that of those who held top-tier jobs, 84 percent had taken Algebra II or a higher class as their last high school math course. Only 50 percent of employees in the bottom tier had taken Algebra II.

….But not everyone is convinced that Algebra II is the answer. Among the skeptics is Carnevale, one of the researchers who reported the link between Algebra II and good jobs. He warns against thinking of Algebra II as a cause of students getting good jobs merely because it is correlated with success. “The causal relationship is very, very weak,” he said. “Most people don’t use Algebra II in college, let alone in real life. The state governments need to be careful with this.”

This is one of the things that makes me so dubious of the ed reform community. Algebra II! As a minimum requirement to hold a high school diploma! We’re literally saying that if you can’t factor polynomials, manipulate complex numbers, do matrix arithmetic, and understand basic trig, then you can’t get a high school diploma? Really?

This effort is apparently being spearheaded by Achieve, “a group organized by governors and business leaders and funded by corporations and their foundations, to improve the skills of the workforce.” OK. But I’m willing to bet a significant amount of my income that there’s no causal relation at all between Algebra II and success in holding a top tier job. The only correlation is that smart kids tend to take Algebra II and smart kids also tend to go to college and end up in top tier jobs. Algebra II itself has nothing to do with it.

I’m a math nerd — or at least I used to be until I discovered I wasn’t as smart as I thought I was — but this seems crazy even to me. What say you, commentariat?