The more I think about the budget deal Obama agreed to last week, the less apocalyptic it seems to me. It’s true that, macroeconomically speaking, this is the wrong time to be cutting spending, but let’s face it: $38 billion in spending just isn’t that big a deal at a macro level. It may have a negative effect, but it’s a pretty small negative effect.

So let’s put the macro-level considerations aside for a moment and just look at the cuts from a pure budgetary perspective. There are a couple of things we can say. First, domestic discretionary spending has gone up about 4-5% a year in real terms over the past decade (and a bit faster than that in the past few years), and it’s difficult even for a hardcore liberal to pretend that this level of growth leaves no room for even modest cuts. 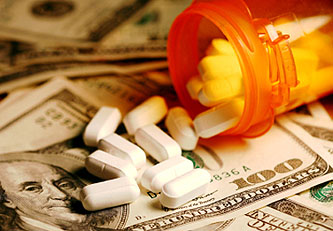 Second, given the amount of smoke and mirrors in last week’s budget agreement, the level of actual spending reductions it contains is probably no more than about $20 billion. Maybe not even that much. This is just not Armageddon, and pretending otherwise doesn’t do much except wreck our credibility with the public on fiscal issues.

But that’s all short-term stuff, and it’s small potatoes from either side of the aisle. What about the longer-term deficit? What should Obama propose in his speech tomorrow? Politically, it’s appealing to say that he should propose nothing. He should just say no to the Republican proposal to gut Medicare and leave it at that.

And politically maybe that really would be the wisest course. But we liberals have been saying for years that discretionary spending isn’t really a long-term problem. Healthcare is. And that’s right: if you want to address the long-term federal deficit, you have to address Medicare. Republicans got their discretionary pound of flesh in this round of budgeting, and they’ll probably get a bit more in the years to come. But Medicare is still the real problem.

So if I had my druthers, I guess it would be for Obama to make some genuinely courageous proposals, not the kind of faux courageous proposals that we’ve gotten from Paul Ryan. That means making it clear that PPACA already does a lot to rein in Medicare costs, but more needs to be done. It means letting all the Bush tax cuts expire, not just the cuts for the rich. It means adding further cost controls. It means adopting some conservative ideas about cost sharing. It means scheduling a steady increase in Medicare payroll taxes over the next couple of decades, maybe a tenth of a percentage point a year from 2020 to 2040. It means acknowledging both that Medicare costs can’t keep rising at their current rate forever and that as America ages Medicare is going to require a bigger chunk of tax money.

Personally, I’d like to see the long-term deficit get addressed. I’m not quite sure how that’s going to happen as long as Republicans stick to their blood oath never to raise taxes, but I’d like to see Obama make the choice clear. My guess is that if the price of keeping Medicare intact is a return to Clinton-era tax rates, a modest future increase in the payroll tax, and some moderate but real cost controls, the American public will buy it. That’s just not a big price to pay. But they won’t pay it unless someone lays out the stakes clearly.

This is all pie in the sky until a few more Republicans have the guts to stand up to Grover Norquist and acknowledge demographic and fiscal reality. In the meantime, Democrats don’t really have a serious negotiating partner. But then, the Republican proposals are pie in the sky too, and taken together this means that serious progress isn’t likely until 2013 or later. While we’re waiting for conservatives to grow up and return to the real world, though, we liberals shouldn’t just stonewall long-term deficit issues, tempting though that is. Instead, we ought to be crystal clear that we really do take the long-term deficit seriously, and we ought to be crystal clear about what our competing vision is for addressing it. Then, when the time comes, we won’t be caught flatfooted. That would be a nice change.