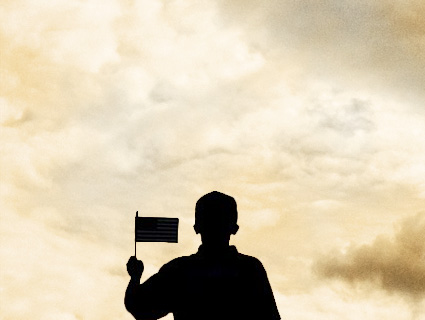 One of the reasons to vote for someone for president — perhaps the key reason, in fact — is good judgment. Hillary Clinton may have taken a lot of flack for her “3 am phone call” ad during the Democratic primaries in 2008, but she was basically right: ideologically, there wasn’t that much distance between Obama and Clinton, which meant that a big part of any liberal’s decision that year was figuring which candidate had the better judgment. We knew how both of them felt about healthcare reform and climate change and education policy, but what would they do when something came up that no one could predict? How would they handle a Katrina or a 9/11?

I was one of many who ended up voting for Obama on the grounds that his judgment seemed a bit sounder. Maybe not as toughminded as Hillary, but just as smart and, in foreign affairs, seemingly a little more willing to look at the world with fresh eyes and resist the siren call of intervention at every turn.

So how’s that working out for me?

It’s being pretty sorely tested, that’s for sure. Obama has been a disappointment on civil liberties and national security issues, but since I frankly don’t think any modern president can buck the national security establishment in any significant way, I haven’t held that too deeply against him. The escalation in Afghanistan has been unfortunate too, but he did warn us about that. The scope of both his conventional escalation 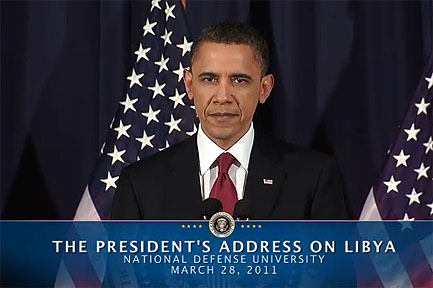 and his soaring use of drone attacks in the AfPak region have been disheartening, but it’s hard to complain when he made it so clear during the campaign that he intended to do exactly that.

But now we have Libya. As usual, Obama’s reasons for intervening seem sober, grounded, and judicious. It’s a limited operation. It was in response to an imminent massacre in Benghazi. It had the support of the Arab League and the UN Security Council. European allies took the lead in pressing for action, even if the U.S. has subsequently provided most of the actual firepower. It’s not Vietnam 2.0. It’s not Iraq 2.0. And it doesn’t represent the unveiling of a new Obama Doctrine — unless it’s a doctrine to publicly claim that you have no doctrine and that military interventions all have to be judged on a pragmatic, case-by-case basis.

Still, this is the first time Obama has been seriously tested on intervention. There was never a chance that any president, liberal or otherwise, was going to intervene in Iran or in Egypt. Nor were interventions in places like the Congo or the Ivory Coast ever genuinely a possibility. Libya has been Obama’s first real opportunity to make a decision on a new overseas military operation, and within days of making his choice it’s already started to spiral. First he resisted intervention. Then he agreed to a no-fly zone. The no-fly zone turned into a Kosovo-style air campaign in support of the rebels. On Wednesday we learned that the CIA has advisors on the ground. And the administration has made it clear that providing arms to the rebels is under serious consideration too. Given that Muammar Qaddafi appears quite capable of holding out, or even outright winning, against even this, how likely is it that Obama will accept a stalemate or a loss and not escalate even further? Not very, I’d say.

For now, anyway. But I wouldn’t have intervened in Libya and he did. I sure hope his judgment really does turn out to have been better than mine.

UPDATE: More here. Short version: “any doubt at all” was written in haste. It should have been something like “enough doubt to make me unsure of myself.”