Unfortunately, buried within its 10,000 words or so was….nothing. Greece’s finances are in terrible shape, he said, because Greeks don’t pay their taxes. That’s it. I think I’m summarizing the piece pretty fairly when I say there was virtually nothing else to it aside from scenery.

This month in Vanity Fair Lewis takes on Germany. And again, it’s a great read. But also again, there’s practically nothing there. The piece is built around an extremely strained extended metaphor about the German fascination with shit and excretion — because, you see, all those toxic assets in the Wall Street securities they bought were shit, which makes it no wonder they ended up with so much of it. Get it? Now, this produces a few funny riffs, but it’s also completely ridiculous. 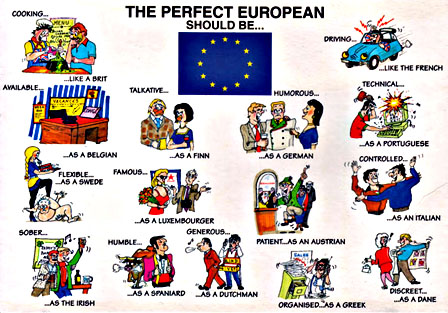 This is not why German bankers bought lots of CDOs stuffed with crappy subprime loans. (Hah! Crappy loans. He’s got me doing it too!) How did VF’s editors let him get away with this nonsense?

The rest of the essay, aside from a few paragraphs explaining some technicalities about how the ECB works, tells us nothing. Germans, apparently, are prudent, rule-bound, gullible, guilt-ridden, and punctual. Prudent explains why their economy is still in good shape. Rule-bound explains why they were willing to buy so many AAA-rated securities without looking very carefully at what they contained. Gullible explains how Wall Street’s sales force was able to pull the wool over their eyes for so long. Guilt-ridden explains how they got suckered into adopting the euro. And punctual is just there to add some color.

For what it’s worth, I have to say that gullible isn’t really one of those stereotypical German traits that you find on postcards. The rest are, though, and if this bit of armchair cultural psychoanalysis satisfies you, then I guess you’re just easily satisfied. In my case, though, I want to know what’s happened to the real Michael Lewis, the one who actually digs into complex financial issues and explains them with flair and wit and telling detail? I don’t care how many people call his latest piece brilliant, the truth is that it’s just lazy. He’s now done this schtick for Iceland, Ireland, Greece, and Germany, and he’s getting worse with each country. I suppose Italy must be next, but I can’t say I’m looking forward to it.