Ezra Klein has a really, really good piece in the Post today that looks back at the Obama administration’s response to the Great Recession and explains why it wasn’t enough. It’s so good that I almost hate to excerpt anything, but you guys are spoiled and might not click the link just because I tell you it’s well worth 15 minutes of your time to do it. So here’s an excerpt that explains why 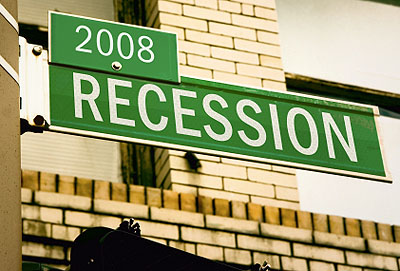 Team Obama did so little about mortgage debt even though it was clear from the beginning that debt was a key difference between this recession and every other postwar recession:

On first blush, there are few groups more sympathetic than underwater homeowners or foreclosed families. They remain so until about two seconds after their neighbors are asked to pay their mortgages. Recall that Rick Santelli’s famous CNBC rant wasn’t about big government or high taxes or creeping socialism. It was about a modest program the White House was proposing to help certain homeowners restructure their mortgages. It had Santelli screaming bloody murder.

“This is America!” he shouted from the trading floor at the Chicago Board of Trade. “How many of you people want to pay for your neighbor’s mortgage that has an extra bathroom and can’t pay their bills? Raise their hand.” The traders around him began booing loudly. “President Obama, are you listening?”

Thus was the Tea Party born. And it’s an important point: one way or another, taxpayers are always going to be on the hook for any kind of debt relief. They can be on the hook directly, by shoveling dollars to homeowners so they can pay down their mortgages, or they can be on the hook indirectly by bailing out all the banks that would fail if courts were allowed to unilaterally slash the principal on underwater mortgages via cramdown. Taxpayers aren’t going to be happy about this either way, and like it or not, that constrains the responses available to politicians.

Economist Carmen Reinhardt gives Obama a lot of credit for what he did. “The initial policy of monetary and fiscal stimulus really made a huge difference,” she says. “I would tattoo that on my forehead. The output decline we had was peanuts compared to the output decline we would otherwise have had in a crisis like this. That isn’t fully appreciated.” The combination of the stimulus bill, the auto bailout, and the bank rescues really did make a big difference.

To understand how the administration got it so wrong, we need to look at the data it was looking at. The Bureau of Economic Analysis, the agency charged with measuring the size and growth of the U.S. economy, initially projected that the economy shrank at an annual rate of 3.8 percent in the last quarter of 2008. Months later, the bureau almost doubled that estimate, saying the number was 6.2 percent. Then it was revised to 6.3 percent. But it wasn’t until this year that the actual number was revealed: 8.9 percent. That makes it one of the worst quarters in American history. Bernstein and Romer knew in 2008 that the economy had sustained a tough blow; they didn’t know that it had been run over by a truck.

Anyway, click the link and read the whole thing. Really. This is one of the best roundups I’ve read of just what the Obama administration did right, what they did wrong, and whether they could have done better.

And if you’re looking for a bottom line, mine is this: Despite everything, Team Obama actually did pretty well. Maybe 70-80% as well as anyone could have done. Housing was their single biggest area of failure, but even there, taxpayer and congressional resistance to bailing out “reckless” borrowers constrained them more than critics usually admit. Our failure to adequately address the Great Recession wasn’t really rooted in the Obama administration, it was rooted in the fact that virtually no one, faced with an economic crisis, ever has the guts to truly unleash the proper amount of firepower. It’s a very human problem, but for now anyway, humans are all we have. So a human response was what we got.