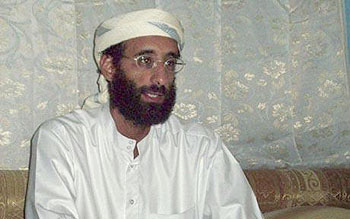 The Obama administration remains unwilling to release the legal memo that gives them the authority to assassinate U.S. citizens abroad, but apparently they are willing to selectively leak it to the press. As a result, it was “described” to Charlie Savage of the New York Times, who passes along the description to us.

It’s hard to know what to do with this, since the administration is obviously eager to leak the parts that it thinks are strong but withhold the parts that might not make it look so good. Still, the overall tenor of the memo is quite clear: it’s all about Anwar al-Awlaki being an enemy combatant, allied with al-Qaeda, in a declared war against the United States:

Based on those premises, the Justice Department concluded that Mr. Awlaki was covered by the authorization to use military force against Al Qaeda that Congress enacted shortly after the terrorist attacks of Sept. 11, 2001 — meaning that he was a lawful target in the armed conflict unless some other legal prohibition trumped that authority.

It then considered possible obstacles and rejected each in turn. Among them was an executive order that bans assassinations. That order, the lawyers found, blocked unlawful killings of political leaders outside of war, but not the killing of a lawful target in an armed conflict.

A federal statute that prohibits Americans from murdering other Americans abroad, the lawyers wrote, did not apply either, because it is not “murder” to kill a wartime enemy in compliance with the laws of war.

….Then there was the Bill of Rights: the Fourth Amendment’s guarantee that a “person” cannot be seized by the government unreasonably, and the Fifth Amendment’s guarantee that the government may not deprive a person of life “without due process of law.” The memo concluded that what was reasonable, and the process that was due, was different for Mr. Awlaki than for an ordinary criminal.

As a non-lawyer, I can’t say too much about this. But I’ll say this much: the war against al-Qaeda simply isn’t your grandfather’s war, and we really need to face up to this. Of course the military has the right to kill an enemy combatant in a war zone, and in a conventional war this is both obvious and generally easy to adjudicate. But in the war against al-Qaeda? A war with no set geography, no boundaries in time (the AUMF is more than ten years old now), no clear enemy, and no way of deciding if and when it’s ever over?

The old rules just don’t apply to such a war, and Congress needs to actively decide what rules should apply. This isn’t a question of whether you, personally, trust President Barack Obama or President Mitt Romney or any other president. It’s a question of whether, in an open-ended conflict authorized in the vaguest possible terms over a decade ago, we should allow any president to unilaterally decide on a case-by-case basis whether an American citizen is an enemy soldier who can be targeted for killing.

Maybe he can. But I’d sure feel better about it if Congress set some rules for this and the court system had some oversight over the president’s decisions. Hell, even requests to eavesdrop on U.S. citizens at least have to go through the rubber-stamp FISA court, which has to give its OK based on statutory law. In an open-ended global conflict against a steadily redefined enemy, what possible justification can there be for requiring less of targeted killings outside of obvious battle zones?