Last night I asked if our schools still offered advanced classes. In comments, the overwhelming answer is yes. Here are some snippets:

Here in San Mateo county, the kids are tracked from middle school into the AP classes….Virtually every Massachusetts city and town has fully funded and very much active advanced classes….There are plenty of gifted programs at the middle school level. My daughter’s (N.J.) school has them. And there are certainly more now 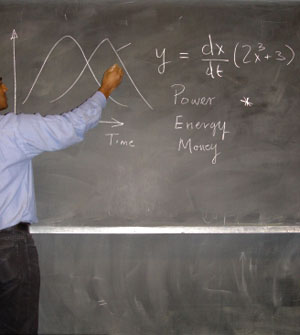 than when I was in middle school (early ’70s), when there were none….I’m a parent of a middle school student in a NYC public school. She had to apply to middle schools, and was admitted based on her grades, test scores and an interview. So the tracking goes on according to school, not class.

….NYC has G&T programs from kindergarten up — each of the 31 or so districts has its own district-wide G&T program, and there are citywide G&T programs….Tracking, regulars-honors-AP still exists and generally AP programs are far tougher than they were back in my day….In my daughter’s middle of the pack public high school there are AP options for multiple classes in every subject as well as an honors track….I grew up in one of the richest counties in America in the 1970s and now my child is in school in a DC suburb. There is definitely much more tracking now than at that time….Advanced courses and tracking are as alive and well in affluent Montgomery County, Maryland, as they are in Singapore….I am a middle school teacher. It is true that tracking still exists.

A few commenters did report that honors/gifted/AP tracks are in danger, but mostly because of budget cuts, not pedagogical changes.

Some obvious caveats: my readership is almost certainly nonrepresentative. I probably have lots of readers who are middle-class and above and not too many who hail from the inner city. So this doesn’t tell us much about practices at low-income schools. And of course, a few dozen responses is not the same as an actual survey.

Still, I’m now even more skeptical of the idea that tracking has gone the way of the dodo. In most areas, I think that G&T classes don’t start until fourth grade, but that’s been the case for a long time. Thus, it’s entirely possible that teacher energy in grades K-3 is now devoted disproportionately to the slower children, which means that the more advanced kids get shortchanged. But hell, that was true in my second grade class in 1965, where my teacher just gave up and had me run one of the reading groups because I already read plenty well enough. In any case, it’s not clear that this is really a very big deal in early grades anyway.

I don’t plan to spend a ton of time on this subject, but if I run across further data I’ll pass it along. For now, though, it looks to me as if academic tracking is alive and well at grades four and above, pretty much the same as it’s always been.