Today is a very special day of catblogging: these are the first pictures taken with my shiny new iPhone 4s. It’s true: I’ve given in to the dark side. I don’t actually have any real use for a smartphone, but a little while back Marian decided she wanted an iPhone, and when we got to the store I somehow got talked into getting one too. That’s just the kind of sheep I am.

So, anyway, I’ve been busy trying to figure out how to use the thing. Setup was a pain in the ass, not really due to anything inherent in the iPhone, but because I could only transfer the contacts from my old phone by downloading a free Verizon app. Unfortunately, even free apps require an App Store account, and setting that up Did. Not. Go. Well. Eventually, after a fair amount of swearing, I gave up and slunk back to my computer to do some work, where I discovered a waiting email telling me to click a link to verify my account. Naturally, the account creation process hadn’t told me to expect this, and since email wasn’t set up on the phone I didn’t know anything was waiting for me. Once I clicked the link, though, my account was activated, I downloaded the app, and I was up and running. Hooray! So far everything seems to be functioning fine except for the battery, which sucks. But I understand that Apple is aware of this problem and has promised a fix real soon now.

Oh — and Siri. It doesn’t work quite as well as the commercials lead you to believe, does it? This was my first conversation with Siri:

So even on the fifth try, when it finally recognized the word “Marian” and there were only two options for my response, it still translated my sounds literally instead of figuring out which address book entry they were closest to. And later, when I told it to “Call Marc,” it told me that it couldn’t find “Mark” in my address book. So this is going to take some work. (On the bright side, when I asked it for the weather in San Francisco, it popped right up.)

Anyway, that’s that. Now it’s time to figure out what nifty apps I should download. So far, all I have is a flashlight app, a barcode reading app, the Opera mini-browser, a Twitter reader, the New York Times, and the Economist. What else should I play with? 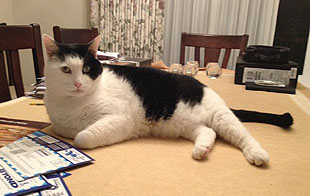 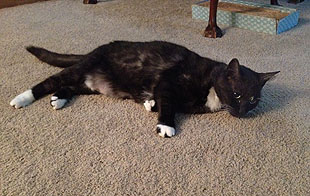