Some miscellaneous reading that I didn’t get around to blogging about today:

Eli Lake writes that Israel is gearing up for a strike on Iran’s nuclear program. “Israel has been assembling a multibillion-dollar array of high-tech weapons that would allow it to jam, blind, and deafen Tehran’s defenses in the case of a pre-emptive aerial strike….Israel also likely would exploit a vulnerability that U.S. officials detected two years ago in Iran’s big-city electric grids, which are not “air-gapped”—meaning they 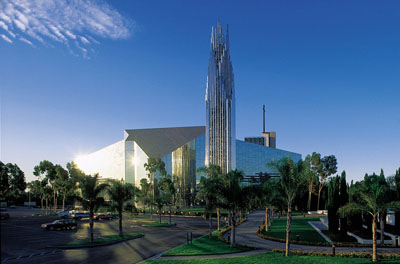 are connected to the Internet and therefore vulnerable to a Stuxnet-style cyberattack—officials say.”

The Crystal Cathedral has been sold in bankruptcy to the Diocese of Orange. It will become a countywide cathedral for the Catholic church in Orange County, replacing their current home, St. Callistus.

Ramesh Ponnuru debunks the idea that Republicans lost Congress in 2006 because they had abandoned true conservatism by overspending: “If Republican overspending drove voters away, they should have lost support first among conservatives. But there was no sign of a demoralized base in 2006….It was among independent voters that Republicans got slaughtered.” The real problem, he says, is that “Republicans had nothing to say about wage stagnation then and are saying nothing about it now. The real cost of Republicans’ fixation on ideological purity is that it distracts them from their real problems, and the nation’s.”

David Corn reports that Newt Gingrich’s Center for Health Transformation supports an individual mandate as part of their plan for healthcare reform. Among other things, their proposal would “Require that anyone who earns more than $50,000 a year must purchase health insurance or post a bond.” This isn’t from last month or last year. It’s from today.

Matt Taibbi wants to know why a woman who fraudulently applied for food stamps got three years in jail while Wall Street bigshots have all walked free. “Compare this court decision to the fraud settlements on Wall Street….[Citigroup, Goldman Sachs, and Deutsche Bank] have been repeatedly dragged into court for fraud, and not one individual defendant has ever been forced to give back anything like a significant portion of his ill-gotten gains. The closest we’ve come is in a fraud case involving Citi, in which a pair of executives, Gary Crittenden and Arthur Tildesley, were fined the token amounts of $100,000 and $80,000, respectively, for lying to shareholders about the extent of Citi’s debt. Neither man was forced to admit to intentional fraud. Both got to keep their jobs.”