Dan Drezner recommends Walter Russell Mead’s nickel summary of President Obama’s recent whirlwind swing through Asia. I confess that the reaction to rotating a couple hundred troops through Darwin struck me as a little overblown, but decoding the sub rosa minutiae 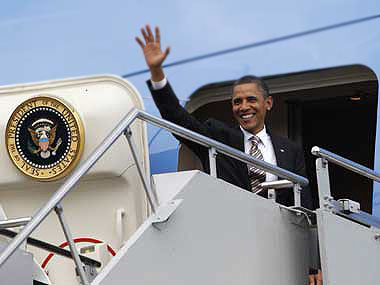 of diplomatic intrigue is tricky at the best of times, so I figured I was probably missing something. Anyway, Mead says that was the least of things:

The cascade of statements, deployments, agreements and announcements from the United States and its regional associates in the last week has to be one of the most unpleasant shocks for China’s leadership — ever. The US is moving forces to Australia, Australia is selling uranium to India, Japan is stepping up military actions and coordinating more closely with the Philippines and Vietnam in the South China Sea, Myanmar is slipping out of China’s column and seeking to reintegrate itself into the region, Indonesia and the Philippines are deepening military ties with the the US: and all that in just one week. If that wasn’t enough, a critical mass of the region’s countries have agreed to work out a new trade group that does not include China, while the US, to applause, has proposed that China’s territorial disputes with its neighbors be settled at a forum like the East Asia Summit — rather than in the bilateral talks with its smaller, weaker neighbors that China prefers.

Rarely has a great power been so provoked and affronted. Rarely have so many red lines been crossed. Rarely has so much face been lost, so fast….[I]t was as decisive a diplomatic victory as anyone is likely to see. Congratulations should go to President Obama and his national security team.

OK, then. Congratulations, Team Obama! Dan explains the background: “China’s behavior in 2009 and 2010 was a giant honking invitation for the rest of the Pacific Rim to cozy up to the United States. And that’s what should worry Beijing. It’s not that the United States is interested in maintaining its presence in East Asia — that interest has not wavered. What has changed is the eagerness with which the countries in the region, ranging from Australia to Myanmar, have reciprocated.”

Anyway, this is interesting. I haven’t seen Obama get much credit for this trip, possibly because the minutiae of diplomatic intrigue is no more obvious to most reporters than it is to me. And I certainly wouldn’t have expected it from Walter Russell Mead. But apparently it was quite the triumph.

And now, back to the grubby work of dealing with the Republican Party. They make the nominal communists of the People’s Republic look like pushovers.