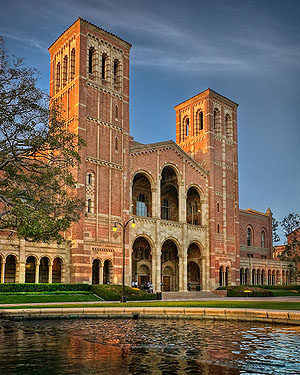 Atrios writes about the growing cost of a university education:

The basic thinking seems to have been that it was wonderful for university to be free back when most people who attended were quite wealthy, but once the masses started getting ideas about going it was time to force them to pay. And there again is your generational divide.

Actually, I think the dynamic is a bit different from that. It was back in the early 20th century that most people who attended college were wealthy — or at least upper middle class — and at that time, universities were expensive, not free. Private universities cost a lot of money (and handed out only a few scholarships here and there to salve their consciences), and state land grant universities, while not as expensive as Harvard or Yale, still cost too much for most ordinary working class schlubs. Neither of my grandfathers could afford to attend college, for example, even though they wanted to. (One of them joined the Navy instead, and the other drove out to California to make his fortune.)

That changed after World War II, when the economy was booming and everyone suddenly woke up to the fact that there were lots of working class kids who were plenty smart enough to attend college. This happened at exactly the time that America needed lots of college-educated workers, so we made sure they could all go. The GI Bill helped lots of them while all-but-free public universities helped lots of others. This was the golden age of low-cost higher education, and it was an era with more class mixing than ever before or after.

This started to erode in the post-Reagan era, but I don’t think it’s because of a generational divide. That’s just the symptom, not the disease. It’s largely a class divide. For a few decades following World War II, when state universities were a legitimate ticket into the white collar world for everyone, they were supported by everyone. But after the first generation or two got their tickets punched and moved out of the old neighborhoods and into middle-class suburbia, all the low-hanging fruit was gone. Poor and working class neighborhoods were no longer producing lots of kids who had the smarts for college but couldn’t afford to go. More and more, universities were populated by the grandchildren of the GI Bill generation, all of whom were already middle class or better.

And as that happened, public universities began to lose public support. Why should working class and lower middle class taxpayers subsidize the education of children who had already benefited from a privileged upbringing and whose college degrees would provide them with a lifetime of higher earnings? After all, if some well-off kid wants a sheepskin that will make him rich, why shouldn’t he pay for it himself?

And with that, universal support for cheap higher education dwindled, but not really for generational reasons. If poor and working class families still felt like their kids had a good shot at going to college, I’ll bet they’d still support low-cost public universities just as much as they used to.