A few years ago I called subsidies for corn ethanol “catastrophically idiotic.” And why not? Corn ethanol, it turns out, is actively worse for the environment than even gasoline, farmers responded to the subsidies by reducing the amount of farmland used for food production, and this drove up the price of staple food worldwide. What’s more, back when the subsidies were enacted corn farmers were already doing pretty well. We were shoveling $10 billion in ag welfare to a group of people who were already pretty rich.

In fact, ethanol subsidies are such obviously appalling policy that it’s one of the rare areas that both liberals and conservatives 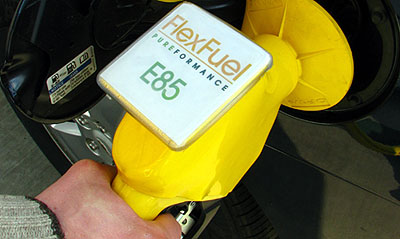 agree about. In theory, anyway. But that’s never mattered. After all, lots of corn is grown in Iowa, and every four years Iowa holds the first presidential caucuses in the nation. And that has long made ethanol subsidies everyone’s favorite pander.

The roaring tea-party movement opposed the subsidies on fiscally conservative grounds, and asked the 2012 Republican candidates to do the same…Then, the budget-cutting frenzy put the subsidies on the table…And concurrently, Midwestern farmers seemed to realise they weren’t going to win this one and it might look greedy to keep clamouring…The burgeoning wind and solar industries are increasingly able to produce clean energy without requiring such whopping subsidies or distorting the agricultural markets. The rise of unconventional natural gas has also undercut any excitement around ethanol. And the opposition to ethanol subsidies has gotten more organised.

This is enough to restore your faith in democracy, isn’t it? And for that reason, I’d really, really like to end the story right there. But I can’t. We’re grown-ups, after all. We can handle the truth.

And really, you’re probably suspicious of this story anyway. Corn farmers were afraid of looking greedy? (That would be a first.) Tea partiers demanded an end to ethanol subsidies? (I must have missed the anti-corn rallies.) A bunch of politicians decided to stand up to a powerful special interest and do the right thing regardless of the consequences? (Uh-huh.) Maybe there’s something we’re missing here.

There is. It turns out that corn farmers really don’t care about ethanol subsidies all that much anymore, but there’s a reason for that. Here is our own Tom Philpott writing in February 2010:

After a flirtation with reason last spring, the Obama EPA has signed off on the absurd, abysmal Renewable Fuel Standard established under Bush a couple of years ago—ensuring that farmers will continue to devote vast swaths of land to GHG-intensive corn, of which huge portion will ultimately be set aflame to power cars—but not before being transformed into liquid fuel in an energy-intensive process.

Tom’s a liberal. Here is Aaron Smith, writing a couple of days ago for the conservative American Enterprise Institute:

Deficit hawks, environmentalists, and food processors are celebrating the expiration of the ethanol tax credit. This corporate handout gave $0.45 to ethanol producers for every gallon they produced and cost taxpayers $6 billion in 2011. So why did the powerful corn ethanol lobby let it expire without an apparent fight? The answer lies in legislation known as the Renewable Fuel Standard (RFS), which creates government-guaranteed demand that keeps corn prices high and generates massive farm profits. Removing the tax credit but keeping the RFS is like scraping a little frosting from the ethanol-boondoggle cake.

The RFS mandates that at least 37 percent of the 2011-12 corn crop be converted to ethanol and blended with the gasoline that powers our cars…[As a result] the current price of corn on the Chicago Mercantile Exchange is about $6.50 per bushel—almost triple the pre-mandate level.

As the Congressional Budget Office wrote back in 2010, “In the future, the scheduled increase in mandated volumes would require biofuels to be produced in amounts that are probably beyond what the market would produce even if the effects of the tax credits were included.” [Italics mine.] In other words, the mandates have grown so large that the tax credits barely made a difference anymore. Demand for ethanol is driven by the mandates, not by the tax credit. When you take away the tax credit, nothing happens: Demand stays high because the law says so, corn prices go up accordingly, and corn farmers stay rich. The subsidies were a nice little fillip on top of that, but at this point it’s basically chump change.

So there you have it. The fairy tale version of the story was nice, but it turns out that ethanol subsidies didn’t go away after all. That’s true both literally (most of the subsidy money was redirected to other, smaller-bore ethanol initiatives) and in the bigger picture, where mandates provide the same benefit without being quite so obvious about it. Corn farmers have learned what so many other special interests before them have learned: A nice, quiet subsidy is always better and safer than a garish, noisy one. Now that’s what they have.