Rick Perlstein writes today that Rick Santorum was right when he said “Not all folks are gifted in the same way. Some people have incredible gifts with their hands … and want to work out there making things”:

Santorum’s claim that Obama wants everyone to go to college to become Marxist deconstructionists was wrong. In fact, it was so wrong that it didn’t even survive Fox News, where, presented with evidence that Obama, like him, favored all kinds of educational opportunities, including but not limited to college, Santorum replied, sheepishly, “Maybe I was reading some things” that gave him the wrong impression, and “if it was an error, then I agree with the president.”

But wait. Stick to your guns, Rick! The thing is, you exposed a poetic truth: While Obama might not push college education exclusively, like most Democrats he does oversell it, and does shortchange the alternatives. And millions of young Americans pay the price.

….”The administration has done a good job of talking about, and even funding, career training for high-school graduates,” says education expert Dana Goldstein of the New America Foundation. “What they will not do very much is talk about or fund career training for teens, even though there is good evidence that if you don’t offer career and technical training via the public schools, you may lose people forever.” A democracy of the heart that acknowledges there are simply some 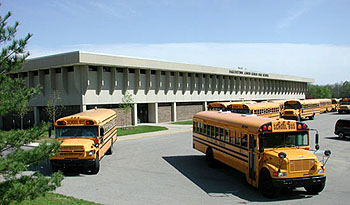 people who will never step into an academic classroom post-high school, and that this is alright, seems a bridge-to-the-twentieth-century too far for our schooling-mad politicians these days.

None of this is an accident, of course. American high schools used to be big suppliers of vocational education. But in the 70s and 80s, the practice of “tracking” — placing the smart kids in chemistry classes and the not-so-smart kids in shop classes — came under withering assault. There was pretty good reason for it, too, since tracking really did have some pernicious effects. Tom Loveless glosses the arguments of the critics here, including those in Jeanne Oakes’s influential 1985 book, Keeping Track:

They pointed out that poor, non-English speaking, and minority youngsters were disproportionately assigned to low tracks and wealthier, white students to high tracks—and concluded that this was not a coincidence. Oakes’s book helped ignite a firestorm of anti-tracking activity. Tracking was blamed for unfairly categorizing students, stigmatizing struggling learners, and consigning them to a fate over which neither they nor their parents had control. The indictment spread from scholarly journals to the popular press. A 1988 article in Better Homes and Gardens asked, “Is Your Child Being Tracked for Failure?” In 1989, Psychology Today ran “Tracked to Fail” and U.S News and World Report published “The Label That Sticks.” Although the anti-tracking movement’s left-leaning political base conflicted with that of the movement for rigorous academic standards, parental choice, and other grassroots proposals that gained popularity in the late 1980s, it managed to hitch its wagon to growing public demand for excellence in the public schools.

The detracking movement did a lot to undermine vocational education, and people like Bill Gates and others have since been influential boosters of the idea that everyone should go to college. But I’m with Dana and the Ricks: not everyone either can or wants to go to college. We never needed to destroy the village in order to save it, and there are ways of addressing the ills of tracking without losing its benefits at the same time. American high schools ought to be as good at turning out plumbers as they are at turning out future English majors.