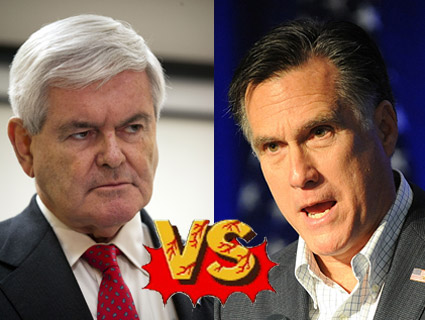 “POLITICS, n. A strife of interests masquerading as a contest of principles. The conduct of public affairs for private advantage.” ~ Ambrose Bierce, from The Devil’s Dictionary

Ambrose Bierce’s Devil’s Dictionary may have been largely tongue-in-cheek, but he stumbled upon plenty of hard satirical truths. Certainly politics brings out the worst in people, and it brings out the very worst in our political leaders. In a democracy, this is on constant, gaudy display, becoming only more pronounced in the Fox News era, in which “organic” grassroots movements like the Tea Party are fertilized by talk radio and cable television and the blogosphere.

This year’s Republican primary was politics at its best, or ugliest, depending on how you look at it. Hardly even bothering to masquerade as a “contest of principles,” the GOP primary was more a contest in who could speak the language of the right most fluently, and who could run the furthest with each talking point. And, in the end, who was deemed most electable by likely GOP voters.

Citizens United has allowed more money than ever to trickle into American electioneering, making this primary season one of the dirtiest and most revealing in years. President Obama was able to sit idly by and let the GOP nominees do the negative campaigning for him. Unsurprisingly, despite the negativity directed at Mitt Romney by his opponents, Romney emerged as the party’s presumptive candidate.

There’s a tension between the ugliness of politics, especially in the 24-hour news era, and the benefits to voters that this ugliness provides. For one thing, our political leaders are rarely angels. We sometimes pine for an age in which politics were not so bloody, but whether or not this Utopia ever existed, it’s hard to imagine that such a thing would benefit voters.

Politics is the apportioning of power without violence. In a stable, rule-based democracy it is ideally the apportioning of power without bribery, corruption, or the threat of violence. But it is still fundamentally about power, and the haves almost always come out on top. We’d like to think that democracy gives the little guy a shot, but even in the most progressive democracies, the scales inevitably tip toward those with wealth and power. One of the only things the have-nots have going for us is the ability to see the ugly underbelly of our political contenders in such garish detail during campaign season.

All of which is to say that, the uglier an election becomes, the more human and fallible our politicians become. This is a good thing. We don’t simply elect these people to office; we grant them vast power, including on life and death matters. The more we glimpse of our leaders’ shortcomings, the better prepared we are to grapple with their failings once in office—and the less surprised we should become when those leaders take advantage of the power they’ve been loaned.

“Any American who is prepared to run for president should automatically, by definition, be disqualified from ever doing so,” Gore Vidal once said. And surveying the Republican field this past primary season was evidence enough that Vidal was on to something. This paradox drives the mad dance of American politics, where the weight of necessary evils presses down on us like gravity.

This is also my fumbling attempt at an introduction post. I’ve been blogging about politics for years now, mainly at the blog The League of Ordinary Gentlemen, but also at places like Balloon Juice and True/Slant. I am a liberal, a pessimistic progressive, and a bit of a romantic. This is fitting, I think, since politics are romantic and pessimistic all at once. I’m also extremely grateful to everyone here at Mother Jones, and to Kevin Drum in particular, for having me on to guest blog while Kevin is on vacation. More to come.