Last week I finally decided that summer had come early this year. It’s normal for me to struggle to fill the blog during the dog days of July and August, but June? And yet, I’ve been struggling ever since I got back from vacation. There’s just 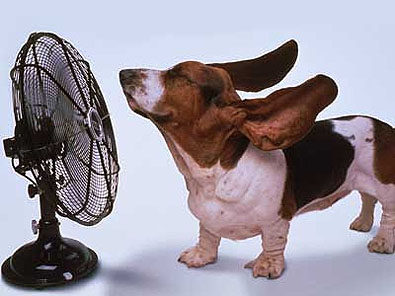 not much going on aside from campaign inanities. Summer has come early.

Boo hoo, you say? Well, Jonathan Bernstein says there’s more at stake here than whether my job is a little harder than usual:

Here’s the story. First of all, the whole political world is, basically, in hurry-up-and-wait mode right now. One huge story, at least, will break soon; the Supreme Court decision on the Affordable Care Act will show up sometime in the next couple of weeks, although two weeks is still an eternity of time on the cable news networks. [But there’s not much else]….All of this creates a whole lot of reporters with little to report on — and a whole lot of empty time on the cable news networks, the newspapers, the blogs, the new talk radio shows and the rest of it.

And what academic research tells us is that slow news days create scandals. That’s what Brendan Nyhan and other media researchers have found….[So] it’s no surprise that mid-summer, when lots of newsmakers are on vacation (and when little is happening even in the sports world), is when stories such as the “ground zero mosque” or Shirley Sherrod’s supposed racism took off. Not just those; any kind of meaningless hype, whether it’s a supposed gaffe or some meaningless polling random variation, is going to get far more attention than it deserves.

That sounds pretty plausible. If there’s no news, you have to make up some news of your own. So you get the WaWa touchpad and “the private sector is doing fine” and tax breaks for Ann Romney’s horses and a thousand other micro-gaffes to fill the dead air. Jonathan says there isn’t much to be done about this except to beg reporters to at least be aware of what’s driving all this fluff. However, he does have a few suggestions, including this one:

Second: substance, substance, substance. The candidates really do have positions on issues of public policy. They really would enact them if elected. Some of those are, I promise, about things that will affect readers and viewers in fascinating ways. You’re not going to be able to fit much of that in once the fall campaign starts; between polling (much more meaningful then, by the way), and charges and countercharges, and whatever other real news is out there. This is a great time to get a little substance reporting in. Hey, another advantage: It’ll pay off for reporters who actually know the issues in the fall.

That would be nice. Of course, most candidates aren’t willing to commit themselves on the details of their policy preferences, and Mitt Romney in particular has already straightforwardly admitted that he isn’t going to tell us squat until after the election. Too dangerous. People might vote against him if they knew the details of his policies. And there are only so many times you can write policy pieces if the candidates give you nothing but sound bites to work with.

And speaking of sound bites, here’s a pet peeve for the dog days of the summer: can we banish forever the idiotic misspelling sound byte? I know they sound the same, but seriously, sound byte doesn’t even make sense. So just stop it, OK?