Matt Yglesias agrees that vehicles driving on city streets need to be regulated, but he’s not happy about stringent regulations on low-cost commercial transport options like van-sharing services:

The problem arises not when vehicles are regulated, but when using a vehicle to transport other people for money is regulated much more stringently than using a passenger vehicle in a non-commercial manner. The problem, of course, is that few people can depend on friends and family to drive them around everywhere. So very stringent curbs on commerce in transportation means that people need to overwhelmingly depend on owning their own vehicle and then transporting themselves with it on a non-commercial basis. This is a huge problem for certain classes of people (the vision impaired, the elderly, the poor) and leads to a lot of avoidable traffic congestion and air pollution.

The solution, however, isn’t to somehow stop regulating the practice of driving vehicles. It’s to level the regulatory playing field between a guy driving a friend’s stuff across town in a 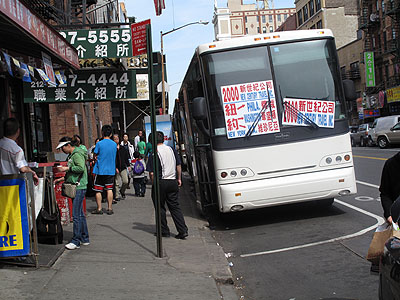 van to repay a favor and a guy driving five strangers across town in a van in exchange for money he’s going to use to pay the rent.

This deserves some pushback, especially since Matt has previously made similar arguments about the regulation of restaurants and commercial food processing operations. The problem is that commercial operations are just fundamentally different from private ones: they serve a lot more people, thus producing more potential for disaster, and their economic incentives are aligned differently. As a private car owner, I have a fairly obvious incentive to drive safely and to keep my car in decent shape. It’s not a perfect incentive, but at least it’s there. I’d just as soon not kill myself, after all.

But in a commercial operation, I just want to make money. My incentive is to hire the cheapest driver I can find and to skimp on maintenance as much as I can. That’s especially true for small-time operators who don’t have national reputations to worry about and who can just disappear if something disastrous happens. Because of this, the case for stricter regulation of commercial enterprises is pretty obvious.

Matt’s post is a riff on a longer post by Diana Lind, who addresses this tension pretty well:

There needs to be a middle ground between rolling death traps and a transportation system that is killing our economy. New York Sen. Chuck Schumer’s proposal of creating a clearly posted letter-grade system to identify the quality of Chinatown bus services is a great one; this model could be applied to other kinds of new transit providers that serve niche markets. Auctioning off transportation licenses or city-owned property to support infrastructure for alternative transportation modes could be a new source of revenue in other cash-strapped cities.

That sounds roughly right to me. We routinely exempt small businesses from certain kinds of regulations, and there’s no reason why we can’t do something similar here, providing small, low-cost transport operations with the option of following a less rigid set of regulations as long as this is clearly disclosed. But that regulation is still going to be different — and more stringent — than regulation of private vehicles.