I’m feeling a little under the weather today—don’t ask, you don’t want to know—though on the bright side Kaiser Permanente tells me that I passed my recent stress echo with flying colors. So I guess my heart will continue beating properly for another few years anyway. Still, I’m afraid I just can’t spend the entire day blogging about the Supreme Court. Can’t. Do. It. So instead, here’s a bit of trivia from Climate Progress:

On this first day of summer, many car owners are likely to experience the following scenario: enter your car to leave work for the day and the temperature is sweltering—much hotter than outside. The ignition, steering wheel, and seat surface are almost too hot to touch. You roll down your windows or turn on the air conditioner (or both) to get some air moving to quickly mitigate the sauna-like conditions…This is more than just a nuisance on hot days. Of the oil 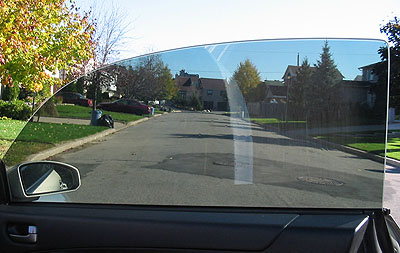 The article goes on to talk about a bunch of high-tech/low-energy ways to keep cars cooler, but they missed my favorite one: window tinting. Here’s my story.

Last year, Marian decided to buy a Prius. This was, unfortunately, right after the earthquake in Japan, and Priuses were in short supply, making it a seller’s market. Not only were no discounts available, but dealers were charging well above list price. However, because Toyota doesn’t allow dealers to just baldly mark up their cars above list, they instead loaded a bunch of accessories onto every car on the lot and then charged highway robbery prices for them. So here’s the way car shopping worked: Instead of going to several dealers and dickering over price, we went to several dealers and compared the crap that they added to the car. At one dealer it was LoJack and a chassis “undercoating.” I practically laughed at that one. I didn’t realize anyone still had the balls to try selling undercoatings anymore, especially in Southern California. At another dealer, it was a (supposedly) super-duper GPS and a few other doodads. Then, finally, we found a dealer who had added only one thing to their cars: window tinting. And they were only charging about twice what it was worth, which really wasn’t bad under the circumstances. So we bought one of their cars.

All I can say is that I was mightily impressed. This wasn’t dark tinting like celebrities get so you can’t see into their cars, it was just a modest gray tint. But it lowers the temperature of the car by a good 5 or 10 degrees when it’s sitting out in the sun. It’s really a big difference, much bigger than I would have guessed. I’ll never get another car without it. And if I’m helping save the planet at the same time, that’s a pretty nice bonus.