Apologies in advance for the rant, but I just have to ask: am I the only one who’s well and truly sick of the endless whinging about the fact that NBC is tape delaying their Olympics coverage so that it mostly appears in prime time? Seriously, folks: this is how the Olympics have been 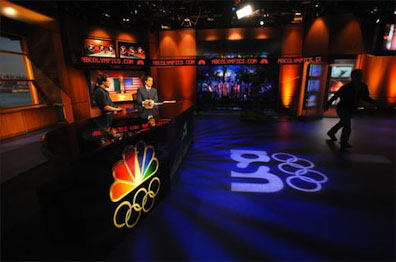 televised for — what? 20 years or so now? It’s time to get over it. This particular complaint isn’t cutting edge or original or even very interesting anymore.

Besides, we all know why this is done: because NBC pays a ton of money for television rights, and the only way to make back their investment is by getting people to watch during prime time. That’s life. We also know that the vast majority of people couldn’t watch any of the events live anyway. They’re at work, and since the games last two weeks, it’s not like they can just take a day off if they’re Olympics junkies. Most people prefer that the games be tape delayed so they can actually see them.

In fact, here’s my guess: most of the griping comes from self-absorbed journalists, with the balance coming from people who are either students or else lucky enough to have jobs that allow them to watch TV whenever they want — and haven’t quite figured out that this doesn’t describe everyone in the country. I say: get over yourselves. Try an 8-to-5 factory job that gets you home at 6 and done with dinner by 7. Then tell me if you still think it’s ridiculous that the Olympics are tape delayed.

UPDATE: If you want to whine about the editing or the commentary or NBC’s promo mistakes, feel free. I won’t get in your way. But I’ve seen a lot of whining about the mere fact of tape delay, and I think it’s time to get over that.

In comments and Twitter, the most common response to my whining about the whining has been: why not both? Why not stream/televise live and do a prime time show? Answer: I don’t know. But when questions like this come up, my usual starting point is that the people involved probably aren’t idiots. They might be wrong, of course. Anyone can be wrong. But they’re not idiots, and they know their business. They also know all about social media and smartphones and the fact that many of you know all the results in real time. So there’s probably a reason NBC doesn’t do both. Most likely it’s because it would be a money loser, but there might be other reasons too. In any case, I’ll bet there’s a pretty sensible reason. It’s not just sheer ignorant cussedness.

UPDATE 2: OK, hold on a second. I didn’t realize that NBC is live streaming every event. But they are. So now I really want to know what all the whining is about.