Hey, remember how Enron gamed the California electricity market back in 2000 and 2001, producing rolling blackouts and skyrocketing energy costs — and big profits for Enron? Well, it appears that it happened again in 2010 and 2011. There were no blackouts this time, though, just the big profits part. The profiteer this time around was our old Wall Street friend, JPMorgan Chase.

These are all just allegations at this point, and of course JPMorgan maintains its total innocence. But Michael Hiltzik of the LA Times has unraveled the technobabble in the official complaint from the 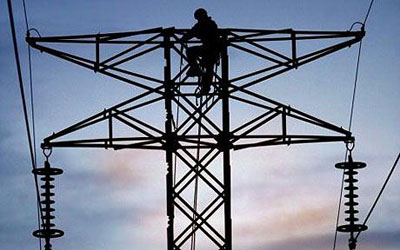 The alleged scheme involves two related wholesale electricity markets maintained by the ISO. There’s the day-ahead market, in which power plant owners place bids to provide power for the California electricity grid in the future; and the real-time market, an auction market through which ISO buys electricity for immediate distribution to homes and businesses.

To give plant owners an incentive to participate in these auctions, ISO guarantees to cover their costs for starting up or running their plants at a minimal level, even if their bids aren’t accepted. This is known as “bid cost recovery.” ISO rules allow bidders to claim payments of up to twice their real costs.

In simplest terms, JPMorgan submitted bids in the day-ahead market that were so low the firm was certain to be accepted onto ISO’s roster of potential electricity suppliers….ISO believes that JPMorgan never intended to make that sale, but the beauty of its low bids was that they made it eligible to collect bid cost recovery payments.

The next step was for JPMorgan to make sure that ISO didn’t actually buy its electricity, presumably because the profit margin from the bid cost recovery claim was greater than from actually selling energy. So in the real-time market, it priced its electricity so high that ISO wouldn’t buy it.

The bottom line, the ISO says, is that JPMorgan’s traders never intended to sell it electricity via these bids. The scheme, it says, seems to have been designed purely to capture a bid cost recovery payment the bank didn’t deserve, at a rate that was inflated anyway.

Hooray for Wall Street! When it comes to clever financial manipulation with no socially redeeming value, nobody does it better. It’s nice to know that America is still #1 in something.