Like me, Ryan Avent is pretty discouraged about the likelihood that we’ll do anything about global warming in time to prevent the earth from becoming an “alien place.” This is because climate change has always been the public policy problem from hell, the kind of thing a graduate seminar would come up with if they were challenged to invent a problem that was virtually impossible to solve. Global? Check. Slow moving? Check. Invisible? Check. Costly to address? Check. Lots of well-heeled interest groups 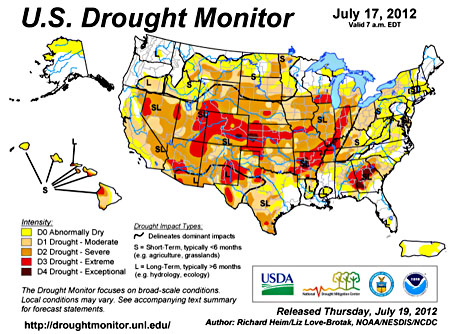 So maybe science is the answer?

The temptation upon considering needs like those above is to call for a “Manhattan project” approach, throwing massive government resources at the problem. Maybe that would work, and maybe it would generate knowledge spillovers large enough to justify the cost. Again, however economically problematic it may prove, the political realities (in America, anyway) suggest that an effort is unlikely to materialise. It’s more likely that funds will be diverted from existing research programmes to pay for social spending or tax cuts.

I wonder why there hasn’t been more philanthropical focus on prizes. Prizes have proven effective in generating innovation, perhaps most notably in kickstarting private space flight and research into autonomous vehicles….Perhaps prizes for new energy sources couldn’t be expected to do much good; after all, there’s already lots of money to be made from such innovations. But for technologies that would safely turn greenhouse gases in the air into something inert? There’s little market for that at the moment, and a prize could make a great deal of difference.

Maybe. The problem with the Manhattan Project approach is that we’re already doing it. The original Manhattan Project cost about $2 billion over five years, which amounted to roughly 0.2% of GDP over the same period. That’s equivalent to $30 billion per year today. It’s true that we don’t spend that much on federal research alone, but public and private investment combined is probably close to that figure already.

As for prizes, I’ve never been able to get as excited about them as the geekosphere in general. Autonomous cars are getting close to reality because the technology has finally reached a critical level. I doubt that the various prize programs really had that much to do with it. And space flight? The prizes worked great — but only after the federal government had spent 50 years and hundreds of billions of dollars developing all the basic technology.

But I’ll confess that these still seem like the best bets we have. The problem is that they’d have to be big. If the feds implemented a big carbon tax, say $100 billion per year, and then used the money to intensively fund a wide variety of climate-oriented research programs, with $20 or $30 billion of that dedicated to prizes, it might work. It also might just be a boondoggle, but at least it has a chance. Conversely, as near as I can tell, relying on talking shops and international regulation has about no chance at all.