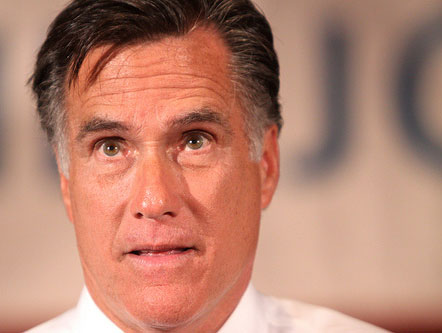 Paul Waldman has done a lot of academic research on political ads. In fact, he says, he has personally watched “every single presidential general election campaign ad ever aired since the first ones in 1952.” So what does he think of Mitt Romney’s new ad that claims President Obama has a plan for “dropping work requirements” for welfare? “Under Obama’s plan,” says the narrator, “you wouldn’t have to work and wouldn’t have to train for a job. They just send you your welfare check.”

…Usually candidates deceive voters by taking something their opponent says out of context, or giving a tendentious reading to facts, or distorting the effects of policies. But in this case, Romney and his people looked at a policy of the Obama administration to allow states to pursue alternative means of placing welfare recipients in jobs, and said, “Well, how about if we just say that they’re eliminating all work requirements and just sending people checks?” I have no idea if someone in the room said, “We could say that, but it’s not even remotely true,” and then someone else said, “Who gives a crap?”, or if nobody ever suggested in the first place that this might be problematic. But either way, they decided that they don’t even have to pretend to be telling the truth anymore.

This is what’s so striking about Romney’s campaign. As Paul says, it’s common to twist and distort and cherry pick. But Romney has flatly claimed that Obama said something that, in fact, a John McCain aide said. He’s snipped out sentences from an Obama speech and spliced the two halves back together so nobody could tell what he did. Then he did it again to another Obama speech. And he unequivocally said that Obama plans to drop work requirements for welfare even though he’s done nothing of the sort.

This really is a post-truth campaign. It’s different. It’s one thing to be nasty. All campaigns are nasty. It’s one thing to twist and distort and mock. Every campaign does that too. Even the attacks on Al Gore in 2000, as vicious as they were, were mostly media inventions. The Republican campaigns had the distortions handed to them on a platter.

But this is different. This is a presidential candidate just baldly making stuff up on the assumption that nobody will ever know. After all, they figure, who the hell reads Glenn Kessler aside from a bunch of Beltway nerds? And I guess they’re right.