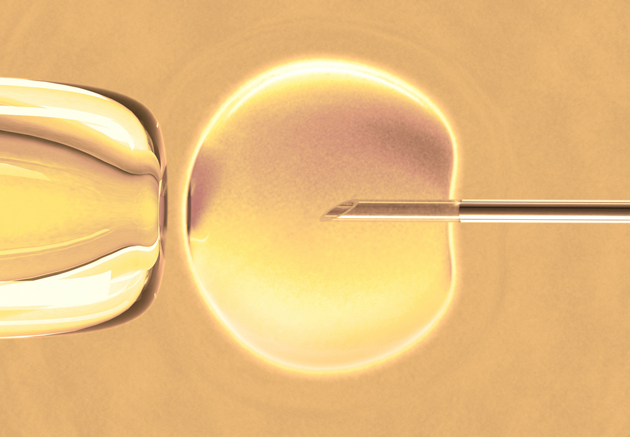 Paul Ryan is a cosponsor of HR 212, the Sanctity of Human Life Act. After a bit of throat clearing, the text of the act is admirably brief and direct:

(B) the life of each human being begins with fertilization, cloning, or its functional equivalent, irrespective of sex, health, function or disability, defect, stage of biological development, or condition of dependency, at which time every human being shall have all the legal and constitutional attributes and privileges of personhood; and

(2) the Congress affirms that the Congress, each State, the District of Columbia, and all United States territories have the authority to protect the lives of all human beings residing in its respective jurisdictions.

Ryan may, for all I know, believe that abortion should be illegal with exceptions only to save a mother’s life. But has he really co-sponsored a bill to effect this policy? No.

Why are extreme pro-lifers so skittish about their own beliefs? This is a bill that would give a fertilized egg “all the legal and constitutional attributes and privileges of personhood.” There are (a) no exceptions for eggs fertilized by rapists or by your own father, and (b) Ryan is a cosponsor. Logic chopping aside, this means that Ryan has cosponsored a bill that has the plain intent of “effecting” a policy that allows states to ban abortion with no exceptions for rape or incest.

In fact, if this bill were passed and the Supreme Court upheld it, I’ll bet that a rapist could go to court and sue to prevent his victim from getting an abortion. He’d argue that the fetus was legally a human being, and the court has no power to discriminate between one human being and another. He’d probably win, too.

In other abortion news, Stephanie Mencimer reports that the same bill would likely have the effect of making in-vitro fertilization illegal. My Twitter feed is full of outrage that Stephanie would say this, but what else can you conclude about the law? In IVF, multiple embryos are created, and only a few are used. The others are either destroyed or frozen, and everyone knows that the frozen embryos are never going to be revived. HR 212 would almost certainly make IVF illegal, and since Mitt Romney’s kids have used IVF it would, as the headline says, make them criminals. Or childless. Is that a brutal way of putting it? Sure. But it’s a pretty brutal law. What’s wrong with letting people know in stark terms just exactly what it would mean?

UPDATE: Ponnuru responds here. I won’t pretend to understand his position, which simply doesn’t make any sense to me. The effect of HR 212 seems clear to me, but Ponnuru views it as merely giving states “policymaking authority” over abortion and IVF. That’s not at all how I read it. In fact, I think I gave it too soft a reading above.

But for the record, I am not a lawyer.

UPDATE 2: Of course, this all shies away from the original question: why don’t we know for sure what Paul Ryan’s position on abortion in the case of rape and incest is? Why won’t he just tell us?