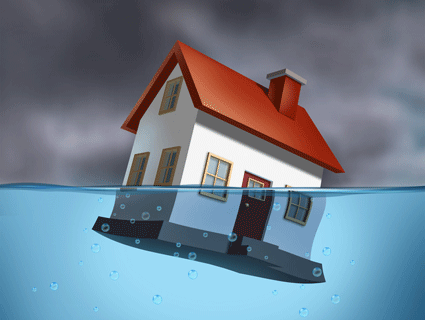 I wrote a post on Wednesday about Ed DeMarco’s decision not to participate in a new Treasury program of principal forgiveness for underwater homeowners. The main purpose of the post was to dig into the details and figure out what DeMarco’s real issues were, so that if we were going to slag him, at least we were slagging him over the right stuff. As it turns out, one of DeMarco’s biggest issues is his fear that a principal forgiveness program might encourage strategic defaults, which would wipe out any benefit the program might otherwise have. However, housing guru David Dayen wrote to let me know that although the mortgage industry complains constantly about the specter of strategic default, it almost never actually happens. It is, he wrote, “a dog that hasn’t barked.”

I think that’s right, which makes DeMarco’s reluctance to at least try principal forgiveness pretty inexcusable. If it had a long history of failure, that would be one thing. But if his agency’s own models say the program would work, and there’s no significant history of homeowners gaming the system by strategically defaulting, surely it’s worth participating in the program and finding out for sure? It’s not as if it couldn’t be shut down in the future if it turned out to be unworkable.

David also pointed me to a new piece he has at Salon, suggesting that unless Congress acts the whole thing could be moot. The problem is simple: If the bank forgives, say, $50,000 in principal on your mortgage, the IRS counts that as income and you have to pay taxes on it. This would make the program less attractive at a minimum, and quite possibly completely out of reach. After all, the people this program would help probably don’t have $10,000 lying around to pay the taxman. If they did, they wouldn’t be in such trouble in the first place.

Back in 2007, Congress passed an exemption to this rule, and a few years later they extended it. But the extension runs out on December 31, the date of the fabled “fiscal cliff”:

The difference now is that principal reductions and other debt relief are set to become more widespread…Because of the mortgage settlement, banks are mandated to forgive at least $10 billion of principal, as a punishment for using false documentation to foreclose on homeowners, among other abuses. Though this is a relatively small amount of forgiveness (homeowners have roughly $700 billion in negative equity on their mortgages), the implications for the borrowers who receive it are significant.

…At this point, only Congress can fix this problem by extending the exemption, and there are two parallel efforts underway to do so…Given that this is in essence a tax cut—the Congressional Budget Office estimates that excluding principal reductions from taxation for two more years will save recipients $2.7 billion—many Democrats in Washington believe that Republicans will eventually get onboard. But that’s no guarantee. “I’m not sure we can get that extended,” Rep. Miller said. “Republicans are not keen on principal reduction in the first place. When we extended the law in 2010, that was considered a give to Democrats.” Given that the tax issue would in all likelihood bring principal reductions to a screeching halt, Republicans could view resisting an extension as a way to stop something where they have ideological opposition. And it could be used as a bargaining chip in other negotiations.

Perhaps Americans for Tax Reform, the Grover Norquist outfit that opposes taxes in all their myriad forms, could start worrying about a real tax increase like this instead of a ginned-up faux tax outrage over prizes that American Olympians get for winning medals in London. Unfortunately, this tax increase would hit working and middle-class families the hardest, and conservatives have always had a hard time worrying much about their taxes.