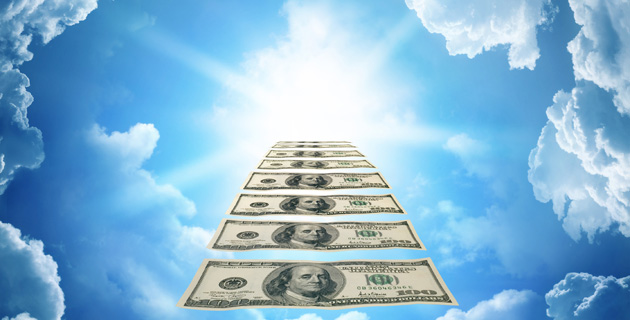 Today the Fed braved Republican wrath and announced a new program of monetary easing. The previous one was QE2, so this one is QE3. It has two components:

The vote was nearly unanimous, with only Richmond Fed president Jeffrey Lacker, as usual, voting against. Here’s the Fed’s justification:

The Committee is concerned that, without further policy accommodation, economic growth might not be strong enough to generate sustained improvement in labor market conditions. Furthermore, strains in global financial markets continue to pose significant downside risks to the economic outlook. The 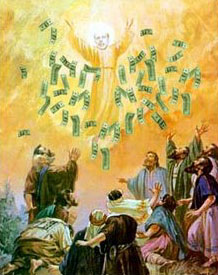 Committee also anticipates that inflation over the medium term likely would run at or below its 2 percent objective.

In other words, without action they believe the economy will remain weak and inflation will fall below their goal of 2%. Naturally, Republicans were questioning the propriety of Fed action even before it happened. Here’s a piece in The Hill from this morning:

“It really is interesting that it is happening right now before an election,” said Rep. Raul Labrador (R-Idaho). “It is going to sow some growth in the economy, and the Obama administration is going to claim credit.”

….“They are the ones who always say they want to remain independent. So they should consider, just how independent are they when they come out, only 50 days before the election, with this?” said Rep. Scott Garrett (R-N.J.).

….Rep. Rob Woodall (R-Ga.) said he does not personally think the Fed is being political, but predicted the public will question its motivations if major actions are announced. Asked if people are going to ascribe political motivations, he said, “Folks are going to interpret it that way.”

This is pretty crude stuff: these guys are more or less admitting that monetary policy might boost the economy, and they don’t want that to happen before the election.

They probably shouldn’t worry, though. Monetary action has, in Milton Friedman’s famous phrase, long and variable lags, and it’s unlikely the Fed’s action will have any substantial immediate effect. The most likely impact will probably be in early 2013, so it has as much chance of helping Mitt Romney as it does Barack Obama.

What’s more important, though, is whether it will help the economy and get people back to work. That’s a question for professional analysts to weigh in on, but one thing we can look at immediately is the sheer size of the Fed’s action. It amounts to about $700 billion over the next 15 months, a fairly modest amount compared to the previous round of easing, QE2, which expended about $600 billion over seven months. On the plus side, it’s an open-ended commitment, not a set amount, and it was accompanied by a promise to keep interest rates low through 2015. This is an effort to affect behavior via the “expectations channel” — the hypothesis, as Paul Krugman explains it, “that QE works, to the extent it does, largely because markets see it as a form of forward guidance.” In other words, QE works best when investors believe the Fed has promised to continue it for a long time, even after the recovery starts to pick up steam.

Overall, my guess is that QE3 will have some effect, but not that much. It’s not a huge program, and the Fed’s easing programs are probably getting less effective with each round anyway. But it’s a bit of an insurance policy, especially given the very real possibility of irresponsible congressional action when negotiations over the fiscal cliff rev up later this year.

And on a wonky note, since the actual size of QE3 is fairly modest, it will be an interesting test of the expectations channel theory. If QE3 has a significant effect on the economy despite its small size, it probably means that expectations setting is pretty important. If it doesn’t, it probably means that expectations are overrated. Granted, this will only be a single data point, and one that will be drowned in lots of noise, but it’s still an intriguing experiment.

I’ll have more later as the pros weigh in.