I’m reluctant to weigh in on topics I haven’t studied much and don’t know a lot about. And yet, the sheer unlikelihood of agreeing with Jonah Goldberg prompts me to say that I think conservatives have a point 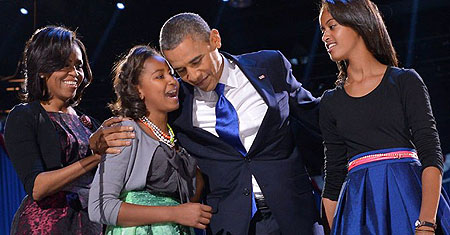 when they lament the breakdown of the traditional two-parent family, a trend far more noticeable among the poor than the upper middle class:

Although it’s certainly true that the kids of some single parents can do very well, particularly if those solo parents have the financial or social resources to carry the load (just look at Obama’s own childhood), it is also the case that as a generalization, kids from single-parent homes do worse. In other words, it may be better to have one good parent than two bad parents, but it’s indisputably better to have two good parents.

….The decline of marriage among low- and middle-income Americans is a crisis afflicting all ethnicities. But among prosperous whites, marriage is doing pretty well. And the evidence has steadily mounted that marriage is a big source of that prosperity. Fewer than 1 in 10 births to college-educated women happen outside of wedlock, according to the group Child Trends, while for women with high school degrees or less, the number is close to 6 out of 10.

As Richard Ralph Banks demonstrates in “Is Marriage for White People?,” the same cannot be said of blacks. Contrary to widespread perceptions, marriage is not all that popular among middle- and upper-class blacks either. Black women, Banks reports, long for traditional family structures, but black men — even college-educated black men — for a variety of complex reasons are more ambivalent about it.

I don’t think that conservatives have diagnosed this problem correctly, usually blaming it on welfare-state dependency or some other kind of related liberal folly. Nor do I have much faith that a federal “family policy” is a good idea. I just don’t think this problem is likely to respond more than a hair to the kinds of incentives the federal government could plausibly put in place.

At the same time, I’m uncomfortable with the notion that this is no big deal. Paul Krugman summed up this genre of response the other day: “In Sweden, more than half of children are born out of wedlock — but they don’t seem to suffer much as a result, perhaps because the welfare state is so strong. Maybe we’ll go that way too. So?”

Honestly, I just don’t know how big a problem this really is, and I don’t know what kinds of solutions are feasible. So consider this an open thread for discussion. But I will say that this is a case where I feel like the liberal pundit class—college educated, upper middle class, mostly white—protests too much. For ourselves, we’ve voted with our feet and we plainly believe that traditional families are a good thing. But we sure spend a lot of time making up reasons why this thing we obviously value so highly isn’t really of much value for other people. I’m really not sure I buy it.