I haven’t said anything yet about the Aaron Swartz case because I wasn’t sure I had anything much to say that hadn’t already been said better by others. But Orin Kerr has written a couple of lengthy posts about the case over at the Volokh Conspiracy, and I think he makes an important point about the 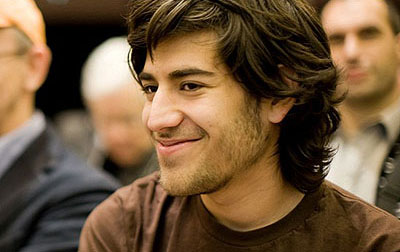 accusation that federal prosecutors basically hounded Swartz to his death:

I think it’s important to realize that what happened in the Swartz case happens in lots and lots of federal criminal cases. Yes, the prosecutors tried to force a plea deal by scaring the defendant with arguments that he would be locked away for a long time if he was convicted at trial. Yes, the prosecutors filed a superseding indictment designed to scare Swartz evem more in to pleading guilty (it actually had no effect on the likely sentence, but it’s a powerful scare tactic). Yes, the prosecutors insisted on jail time and a felony conviction as part of a plea.

But it is not particularly surprising for federal prosecutors to use those tactics. What’s unusual about the Swartz case is that it involved a highly charismatic defendant with very powerful friends in a position to object to these common practices. That’s not to excuse what happened, but rather to direct the energy that is angry about what happened. If you want to end these tactics, don’t just complain about the Swartz case. Don’t just complain when the defendant happens to be a brilliant guy who went to Stanford and hangs out with Larry Lessig. Instead, complain that this is business as usual in federal criminal cases around the country — mostly with defendants who no one has ever heard of and who get locked up for years without anyone else much caring.

I don’t know what the answer is here. I think a lot of us have an intuition that hardball tactics are probably defensible when you’re dealing with Tony Soprano, but not so much when you’re dealing with a guy whose only crime was to download a bunch of academic research as an act of civil disobedience. But how do you make that distinction in a way that’s workable, and in a way that’s enforceable?

I’ll leave that to others, for now, because I simply don’t have the legal chops to address it. But I agree with Kerr: the problem here isn’t Aaron Swartz. The problem is with all the other people you’ve never heard of because they aren’t Aaron Swartz.