Over at the Guardian, George Monbiot read my article on lead and and thought it sounded preposterous:

The hypothesis was so exotic that I laughed. The rise and fall of violent crime during the second half of the 20th century and first years of the 21st were caused, it proposed, not by changes in policing or imprisonment, single parenthood, recession, crack cocaine or the legalisation of abortion, but mainly by … lead.

….It’s ridiculous — until you see the evidence….I began by reading the papers. Do they say what the article claims? They do. Then I looked up the citations: the discussion of those papers in the scientific literature. The three whose citations I checked have been mentioned, between them, 301 times. I went through all these papers (except the handful in foreign languages), as well as dozens of others. To my astonishment, I could find just one study attacking the thesis, and this was sponsored by the Ethyl Corporation, which happens to have been a major manufacturer of the petrol additive tetraethyl lead. I found many more supporting it. Crazy as this 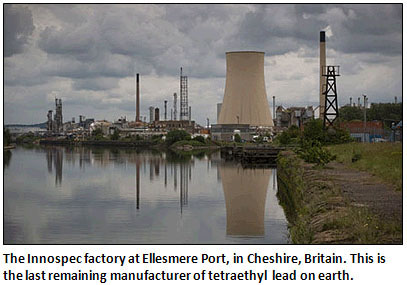 seems, it really does look as if lead poisoning could be the major cause of the rise and fall of violent crime.

It’s important to understand that there are at least three independent strands of evidence linking lead to violent crime:

For a more skeptical take on this, check out this post by Scott Firestone. I think he’s right to question this stuff, but I also think he might be a little too skeptical here. If there were only one study showing a single correlation, that would be one thing. But there are multiple high-quality population studies showing the same result, and there also longitudinal studies and imaging studies to back them up. And beyond that, there are plenty of studies I didn’t cite in my article that point in exactly the same direction. It’s really a pretty strong body of evidence—much stronger, I think, than any of the traditional explanations for the huge crime wave and crime decline of the past 50 years.

That said, Firestone is right to want further research. In particular, he’s right to point out that my cost-benefit numbers involved a fair amount of handwaving. That’s because no one has done a truly comprehensive analysis that I could draw on. So the truth is that we’re both on the same track here. My goal wasn’t to pretend that a magazine article can make an airtight scientific case for the association of lead and crime. My goal was to lay out the evidence and get the scientific community to take it seriously enough to take the next step. That next step would be to conduct a rigorous review of the evidence and a rigorous analysis of the costs and benefits of cleaning up the remaining lead in our environment. At the very least, I think the work on lead and crime done over the past decade demands that we do at least that.