Fred Hiatt is disturbed by President Obama’s apparent desire to disengage in Afghanistan and, more generally, to intervene less often in foreign countries. This inclination toward disengagement has taken hold of American public opinion before, he says:

Traditionally two philosophies have fueled it. One sees the United States as a moral exemplar but believes we aren’t obliged to solve the world’s problems.

The other is skeptical about America’s moral standing to impose its will, believing that more often than not it has used its power to exploit other people on behalf of U.S. corporations or other selfish interests.

Today a third strand entwines those two: a sense, fueled by the deep U.S. recession and China’s rise, that America is a declining and overextended power that can no longer afford to lead as it has in the past.

I’m not especially trying to pick on Hiatt here, but whenever I read things like this I’m just gobsmacked. There is, pretty obviously, a fourth strand that Hiatt is either stubbornly unaware of or else simply chooses to ignore: that 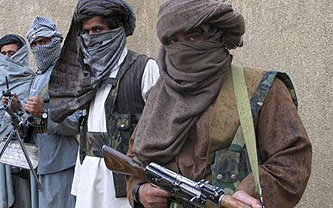 In the last decade we’ve launched two disastrous foreign wars. They weren’t disastrous because of mismanagement—though obviously they were mismanaged—they were disastrous because their ultimate success depended on extensive postwar nation building in an alien society. And despite David Petraeus’s best efforts, that’s something we simply aren’t able to do. It might not even be possible to do in the modern era, when controlling tribal rebellions via periodic salutary massacres is frowned on.

Consider Afghanistan. We’ve now been there for over a decade. Every two years or so, the administration in charge has conceded that previous efforts were misguided and announced a new, more deeply thought-out strategy. These strategies always sound plausible and the people in charge always seem dedicated and capable. Nevertheless, none of them have worked. Three years ago, Obama implemented the biggest reset of them all, sending in more troops, and then still more, all under the command of a general thought to embody the very best of what we’ve learned about counterinsurgency and nation building. This new strategy hasn’t worked either. It hasn’t come close to working. By the only test that matters—what would happen if we left?—it’s been an utter failure. If we leave now, within a year Afghanistan will be all but indistinguishable from the Afghanistan of 2001.

This isn’t because America is declining or overextended. It’s not because the U.S. Army is incompetent. It’s because we’re trying to do something nobody knows how to do.

Anyone who’s been paying attention for the past decade knows this. Anyone who’s been paying attention should, by now, be profoundly skeptical of using military force to reshape the culture of the Middle East. If the goal is solely to win a quick military victory and then leave, intervention might occasionally still be worth considering. But the truth is that this is seldom a useful goal in the kinds of conflicts we’re most likely to encounter these days.

Hiatt writes as if it’s still 2001 and we haven’t learned any of these lessons yet. It’s inexplicable.