Joe Mullin provides us with the latest in the patent troll wars. Last year, a guy named Steven Vicinanza, the founder of BlueWave Computing, got a letter from Project Paperless LLC telling him that he needed to pay $1,000 per employee because he uses networked scanners in his business:

Vicinanza soon got in touch with the attorney representing Project Paperless: Steven Hill, a partner at Hill, Kertscher & Wharton, an Atlanta law firm.

“[Hill] was very cordial and very nice,” he told Ars. “He said, if you hook up a scanner and e-mail a PDF document—we have a patent that covers that as a process.”

It didn’t seem credible that Hill was demanding money for just using basic office equipment exactly the way it was intended to be used. So Vicinanza clarified:

“So you’re claiming anyone on a network with a scanner owes you a license?” asked Vicinanza. “He said, ‘Yes, that’s correct.’ And at that point, I just lost it.”

This hits home for me in two ways. First, the alleged patents date from 1996, and I was personally involved in a project to put scanners on networks starting around 1994. It was cleverly called NetScan, and it eventually failed for a variety of reasons, but by 1996 we had an actual box on the market that allowed you to connect a scanner and program it to send documents to your internal email account. I have no doubt that the patent trolls in this case would argue that the technology we used was subtly different from theirs (we emailed TIFF files, for example, while their patent covers PDFs), but that’s almost certainly legalistic nonsense. You connected a scanner to our box, entered 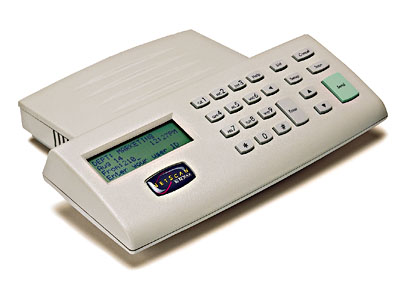 a bunch of data identifying users, and then you could scan documents and have them automatically emailed to your desktop. We didn’t even bother patenting it because the idea was pretty obvious.

On a related note, a couple of years ago I got a call from a lawyer working on a patent case. I’ll skip the details, but his client was getting sued for allegedly infringing a patent that involved sending scanned documents from one workstation to another. He called me because I had worked on a product that used similar techniques, which he was hoping would demonstrate prior art. At first, I had a hard time taking him seriously: the stuff he was talking about was so simple, and so obvious, that it seemed flatly impossible to me that anyone could even be claiming a patent on it. But someone was. In the end, I don’t think I was able to help much, but I offered my time anyway just because the whole thing was so outrageous.

This is a big reason that I’m such a stone foe of software patents. It’s not that there’s no such thing as a genuinely innovative software technique. Of course there is. The problem is that in real life, nearly all the actual cases seem to be over methods and processes that are obvious to anyone working in the industry once the underlying technology makes them possible. We started work on NetScan in 1994, for example, because that was about the time that internal email was getting popular, personal scanners were getting popular, and businesses were looking for ways to avoid having to buy a scanner for every employee. A networked scanner was an obvious solution, and using email as the delivery mechanism was also obvious. So that’s what we did. A bunch of other people did the same thing at about the same time because it was obvious. Once network infrastructure is in place, lots of things suddenly become obvious.

You should read Mullin’s whole story if you want to work up a good case of outrage. It’s slimier than usual because the patent trolls in question are targeting end users, but really, in concept it’s not that different from patent trolling between corporations. It’s possible that there are other ways of addressing this other than banning software patents entirely, but the more I see of this stuff, the more I think that an outright ban is really the only way to fix this. It’s doing too much damage to settle for half measures.