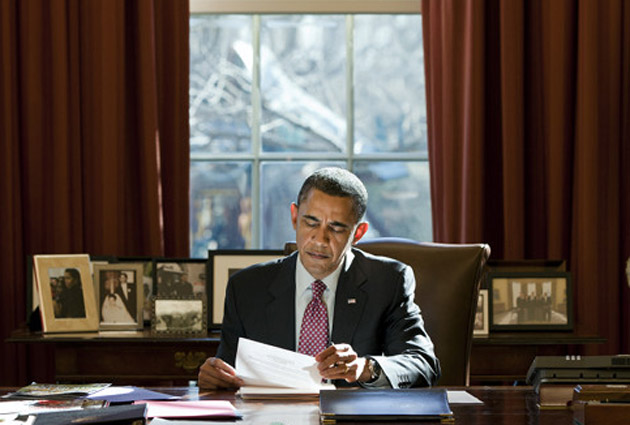 Jamelle Bouie points me toward the very conservative John Podhoretz today, who warns his fellow conservatives against their peculiar preoccupation with the idea that Barack Obama is an empty suit:

The weird condescension his opponents display toward him is ludicrously wrongheaded. They seem eager to believe he is a lightweight, and he is not. Obama is very possibly a world-historical political figure, and until those who oppose him come to grips with this fact, they will get him wrong every time.

….It’s not just the comforting delusion that he’s a golf-mad dilettante, but also the reverse-negative image of that delusion—that Obama is a not-so-secret Marxist Kenyan with dictatorial ambitions and a nearly limitless appetite for power. That caricature makes it far too easy for Obama to laugh off the legitimate criticisms of the kind of political leader he really is: a conventional post-1960s 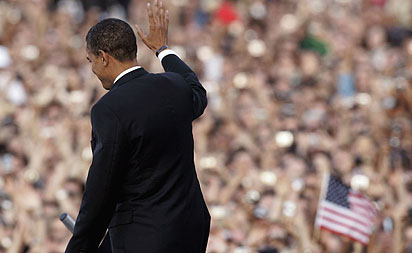 left-liberal with limited interest in the private sector and the gut sense that government must and should do more, whatever “more” might mean at any given moment.

This is related to the “continuing parade of weirdly invented, personality-driven scandalettes” that I mentioned yesterday. It’s not as if I’m surprised that conservatives routinely try to attack Obama. Sure, I happen to think that issues like Benghazi, Solyndra, and Fast & Furious are hopeless nothingburgers, but they’re perfectly understandable, routine kinds of political attacks. Every president is on the receiving end of this kind of stuff, and some of it sticks and some of it doesn’t.

But then there’s the completely mysterious stuff. Obama was too dumb to write his own autobiography. Obama was an affirmative action baby at Harvard Law. Obama can barely string three words together without a teleprompter. Obama is too lazy to attend national security briefings. Obama gives soaring speeches but there’s nothing behind them. Obama lives a life of sybaritic ease punctuated mostly by golf dates and basketball games.

It’s just bizarre. Normally, the opposition exaggerates the actual character of the president. Bush was incurious, so liberals called him dumb. Clinton was a child of the sixties, so he became a coke-snorting drug lord running dope out of Mena airfield. Reagan was personable and a little hazy on facts, so he became a doddering grandfather. Etc.

In Obama’s case, he’s pretty plainly a very smart, studious, and serious policy guy. So the obvious caricature of him would be as an aloof, Harvard egghead. There are occasional stabs at that, usually when conservatives try to portray him as arrogant, but it’s fleeting. Mostly, the tea partiers are convinced he’s dumb, lazy, and tyrannical. The problem is that this is so risibly wrong that (a) they have a hard time fighting back because they flatly don’t understand what they’re up against, and (b) it makes them look moronic. Nobody in their right mind thinks that Obama is dumb and lazy.

So where did this come from? One obvious possibility is that it’s race related: a lot of conservatives are so thoroughly steeped in resentment against affirmative action that they just can’t believe Obama got where he did on his merits. This is probably part of it, but it doesn’t ring entirely true to me. In a way, it seems like this is really more a product of his phenomenal speaking skills. His speeches elate liberals, but they drive conservatives crazy. They simply can’t believe that anyone actually falls for this stuff unless they’ve been hypnotized by a con man, so that’s what Obama becomes: a slick but basically empty hustler.

Or something. Obviously my ability to fathom the tea party mind is pretty limited. Feel free to adduce your own theories in comments.