Apple already has an awful lot of cash. Getting even more cash is not particularly useful for any goal at this point (diminishing marginal utility). So they ought to do something. One smart thing to do would be to make a strategic investment in Mac OS market share since with its current rather small market share Mac profits 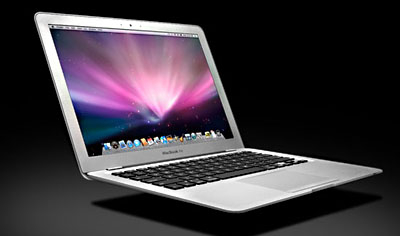 I’ll play devil’s advocate here. As I recall, Matt himself has made the point in the past that plowing money into a declining business usually doesn’t make sense. If you make buggy whips, you should forget about trying to make a better or cheaper buggy whip. Just milk the product for all it’s worth, return the profit to shareholders (or plow it into another product line), and shut the whole thing down when it finally gets too small to be worth running.

This is actually conventional wisdom, and my guess is that this is how Apple feels about Macs. Could they get more market share if they slashed prices? Maybe. Then again, maybe not. Mac buyers tend to be devotees who are willing to pay more because they love Macs. Anyone who’s truly price sensitive is never going to be a customer anyway—especially these days, when Windows and Mac OS have converged enough that, frankly, there’s not a big difference between them.1

But the kicker is the fact that the PC market is declining, and no one thinks this is going to reverse in the long term. It’s losing out to tablets and phones and Google glasses. Given that fact, why bother trying to increase your market share a point or two? There’s no long-term benefit since the entire segment is doomed.

Now, there’s still the question of what to do with the mountains of cash that Macs spin off, and it’s pretty clear that Apple doesn’t yet have any bright ideas on that front. Neither do I. But using it to buy more market share in a declining segment probably isn’t the answer.

1Yes, I know this is going to start a flame war. Save your breath. I’ve used both Macs and Windows boxes, and modern versions work about equally well and have pretty similar feature sets. There are differences, some that favor Macs and some that favor PCs, and those of us who live and breathe tech will defend them against all comers. But for your average consumer, who just wants to browse the web and send some emails, they’re about the same.