Matt Yglesias tweets tonight: “Hoping @kdrum will write something about the lead situation in Jamaica after reading this.” Here’s what “this” is:

Gunshots every night, burned-down businesses and corpses — up to a half-dozen a day — used to define the neighborhood of Mountain View on the eastern 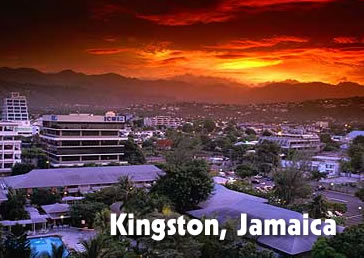 hillsides of Kingston, Jamaica’s capital. But not anymore.

Now, the nights are filled with barefoot soccer matches under streetlights or block parties that bring together former rivals from local gangs. No one has been murdered in Mountain View for three years….After more than a decade fighting lawlessness, with limited success, this small island with a reputation for both carefree living and bloodshed has begun to see results. Jamaica’s murder rate, while still high, has fallen by 40 percent since 2009, and a respected study recently reported that “Jamaica has fallen from one of the more corrupt countries in the Americas to one of the least.”

First things first: I don’t have any rigorous data on either Jamaica’s use of leaded gasoline or on Jamaica’s crime rate. And obviously there are more factors involved in a sudden decline in violence than just lead. The Times story above, for example, is all about the drug trade in the Caribbean.

Still, I was kind of curious. So I did a bit of quick googling, which informed me that Jamaica started replacing leaded gasoline with unleaded in 1990 and banned leaded gasoline completely in 2000. That’s a pretty steep drop (it took the United States a full two decades to go from introduction to complete ban). So what you’d expect is a fairly steep drop in violent crime with a lag of 20 years—i.e., starting around 2010. What we got was a 40% drop in murder between 2009 and 2013.

Pretty remarkable, no? It fits the lead hypothesis like a glove.

Again: this is just murder, not violent crime in general. And all I have here is a horseback estimate of how quickly leaded gasoline was phased out in Jamaica. What I don’t have is a time series of blood lead levels in small children going back to 1990. So don’t take this too seriously. But don’t dismiss it either. It’s yet another data point that suggests leaded gasoline really does have a significant impact on violent crime.