Under Obamacare, if your income is less than 100 percent of the poverty line, you don’t qualify to buy subsidized insurance on the exchanges. However, if you miss the subsidy threshold you might still qualify for Medicaid depending on your state’s eligibility rules. Unless, that is, your state has refused to 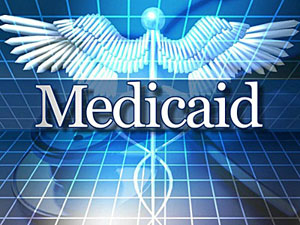 participate in Obamacare’s Medicaid expansion. In that case you might not qualify for anything.

Dylan Scott has a piece at TPM about health care navigators who have to break this news to people. Here’s the saddest passage:

In some cases, those being left out seem to understand, having been left out of the health insurance complex for a while, said Cynthia Rahming, who is heading the Houston, Texas, navigator program. She did agree, though, that her team is “often” coming across people who are part of the Medicaid gap in that state.

“They were excited. They were trying to see what’s available to them,” she said. “But they’re still okay. They know it’s just a chance.”

These are poor people. They mostly represent families making less than $20,000 per year. And yet in many cases, they greet the news that they’re completely excluded from access to health care with weary acceptance. They probably never really believed that anything good might come their way in the first place. In the meantime, multi-millionaires can virtually bring the government of the United States to a screeching halt over the prospect of a 2 percent increase in the marginal rate they pay in income taxes.

The refusal of Republican states to accept Obamacare’s Medicaid expansion surely ranks as one of the most sordid acts in recent American history. The cost to the states is tiny, and the help it would bring to the poor is immense. It’s paid for by taxes that residents of these states are going to pay regardless of whether they receive any of the benefits. And yet, merely because it has Obama’s name attached to it, they’ve decided that immiserating millions of poor people is worth it. It’s hard to imagine a decision more depraved.

Conservatives hate it when you accuse them of simply not caring about the poor. Sometimes they have a point. This is not one of those times.