Over the weekend, Netflix decided to cave in to demands from Comcast that it pay an additional fee to guarantee fast service for its streaming video service. Since then, I’ve been scratching my head trying to figure out if this really matters. You can read Tim Lee here for a technical explanation of what this all means, and Tyler Cowen here for a theoretical economic argument about why it’s not a big deal.

In a nutshell, here’s what happened. In the past, big internet backbone carriers all interconnected to each other free of charge. Maybe CNN connects to the internet via AT&T and the New York Times via Verizon, but AT&T and Verizon don’t keep detailed track 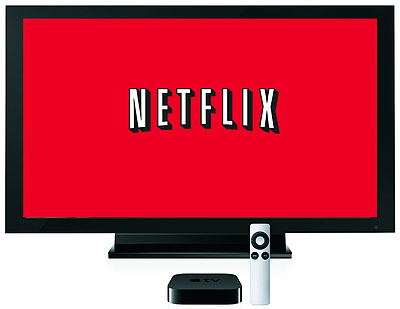 of this traffic and then bill each other. They just figure it will all net out over time.

That approach works fine between carriers that are roughly the same size and pass roughly the same amount of data back and forth. But in the past, Netflix has connected its servers to the internet backbone via several middle tier carriers, most notably one called Cogent. This means that Cogent dumps a ton of data onto the internet, thanks to its contract with Netflix, but since Cogent is otherwise only mid-sized, it doesn’t receive very much traffic in return. Because of this, Verizon and others are increasingly unwilling to simply assume that everything nets out over time. Obviously it doesn’t.

So Verizon wants fees from Cogent to pay for all the Netflix traffic it dumps on their networks. That dispute is still pending, but in the meantime, Netflix is increasingly bypassing backbone carriers like Cogent and trying to build direct connections to ISPs like Comcast. That’s where Netflix’s customers are, after all. This has become more urgent as Netflix performance has deteriorated over the past few months, and this weekend Netflix finally caved in and agreed to pay Comcast in order to allow its servers to connect directly to Comcast’s network. And presumably, since they agreed to pay Comcast special fees, they’ll agree to pay fees to the other big ISPs too.

Aside from theoretical economic arguments, three things strike me as the most important issues to think about here:

The first two of these are reasons not to worry too much about the Netflix deal. It’s just a routine business decision that makes sense. The third of these, however, points in the opposite direction. Video is special thanks to cable TV monopolies, and it’s not clear if backbone carriers can be trusted to treat video streams fairly.

I’m still noodling over this, and I feel like I need to understand more about the players and their markets before I can really decide what I think about it. In the meantime, this is the basic framework I’m using to think about it so far.

UPDATE: There were several problems with the original post. I’ve rewritten various pieces to clean things up, but the rewrites are too spread out to flag each one without making the whole post unreadable.. Apologies for the original errors.