At the state level, Republican legislating comes in waves. After the 2010 midterms, there was a big wave of voter ID laws. For a while, it seemed as if every Republican-controlled state in the union had suddenly decided to pass the exact same laundry list of provisions designed to minimize the turnout of Democratic voters. That was followed by a wave of anti-abortion laws, again eerily similar. Now there’s a new wave: “religious freedom” laws designed to allow businesses to discriminate against gays. It’s the latest frenzy among conservative legislatures. “By my count,” says Steve Benen, “there are now 15 states — nearly a third of the country — where Republican state lawmakers have at least proposed a right-to-discriminate measure.”

In some cases, the similarity of the laws is easy to explain: a group like ALEC writes model legislation, and that becomes the basis for laws all over the country. It’s all a very well planned operation. Other times, it’s apparently more organic. That seems to be the case with 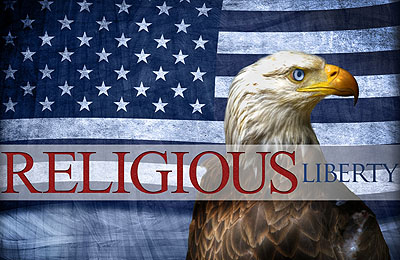 right-to-discriminate measures, which are mostly a case of conservatives getting a whiff of something that appeals to the tea party and then all trying to one-up each other.

Ed Kilgore and Josh Marshall suggest that the “religious liberty” campaign represents a sort of Waterloo for right-wing nutbaggery. These laws tend to “elicit less sympathy than ridicule from the non-aligned,” says Kilgore. “The whole thing appears to have collapsed under the weight of its own ridiculousness in Arizona,” says Marshall, “and not just its ridiculousness but the fact that resisting the changing mores of acceptance and equality is bad business and bad politics.” But a friend emails to push back on this. The best evidence that right-wing cultural overreach isn’t backfiring, he writes, is when pundits on the left all start speculating that a big backlash is coming without any objective evidence that it’s really happening:

To me, the AZ and MO and other bills are not some indication of last gasp, panic, or something else. No, they are a sign of strengthening radicalism and a demonstration, once again, of the relatively nonexistent societal penalty for advocating heinous laws. We’ve made advances and broken barriers, but those aren’t the end of the struggle, nor the turning of the tide. They are just a changing of the battlefield.

Andrew Sullivan’s article “Goodbye to All That” was a classic of this effort. Sullivan interpreted Obama’s promise as essentially closing the door by rendering irrelevant the cultural wars of the 60s that have been fought for decades now. Instead, we get a rise in voter suppression laws; a reactionary political party that brings the country to a grinding halt; and a continuous, deeply problematic inability to grapple with and confront the growing radicalism on the right side of the spectrum.

We just have to be sober about this stuff and not wish it away — as appealing as that may seem, especially for content producers looking for any kind of social cues to let them write dramatic, eyeball snagging announcements of enormous societal shifts.

The AZ law is not a victory for the left. It’s a sign that the left either isn’t being heard or has a glass jaw.

I’m not actually sure who I agree with here. On the one hand, I think my friend is right: even if these religious liberty laws fail, and even if they generate some ridicule, it won’t have any real effect. The tea partiers will just move along to a new fight as soon as one of them gets a bright idea. On the other hand, there really is a point where the Old Testament wrath starts to backfire—or, at the very least, distracts attention from potentially election-winning strategies.

If this year’s midterms get fought on the battleground of hating on gays rather than on Obamacare or lower taxes, Republicans are going to perform pretty poorly and tea partiers are going to get the blame. It’s already pretty obvious that the GOP leadership is fed up with the tea party faction leading them into unwinnable battles, and doing it again when control of Congress seems within their grasp might be the final straw. If right-wing Kulturkampf really is starting to backfire, November will tell the tale.