The annual CPAC gathering, in which right-wing politicians gather to compete over who can best pander to the conservative id, started today. So Mitch McConnell, who desperately needed to demonstrate his bona fides to a skeptical audience, walked on stage waving a rifle. Paul Waldman comments:

Which got me thinking: Liberals really lack any talismanic physical objects they can display to their supporters to demonstrate their ideological bona fides….On the other hand, if you watched a hundred primary ads for a hundred Republican candidates from across the country, I’d bet at least 30 or 40 of them would have a gun in there somewhere.

….As a matter of fact, conservatives have lots of these kinds of identity markers that can easily and quickly communicate a whole set of beliefs to an audience when they’re mentioned, like the Bible or Ayn Rand or country music. The fact that Democrats don’t have these things is probably because their coalition is more diverse, made up of people with a variety of cultural backgrounds and life experiences. The markers that may unite certain portions of the Democratic coalition—like, say, the music 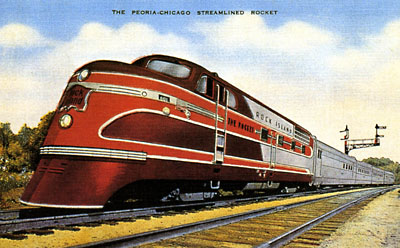 of the recently departed Pete Seeger—are not anything close to universal within that coalition, so politicians can’t use them so easily.

But I’ll concede that this is pretty weak. Conservatives have guns, pocket copies of the Constitution, and the Bible to use as really handy props that instantly demonstrate their tribal affiliation. So why don’t liberals have similar, universally-recognized totems? Waldman may be right that it’s because our coalition is more culturally diverse, but I’d toss out one other possibility: almost by definition, conservatives are in favor of tradition and liberals are in favor of change. So it’s easy to find simple conservative props because every culture has lots of recognizable traditional icons that it’s developed over the centuries. It’s a lot less easy to find liberal props because icons of progress change every decade or two. Haul out a photo of FDR these days and half the audience wouldn’t know who it is. Put up a picture of a streamlined diesel locomotive and everyone would giggle. But if you use a picture of something new, it just won’t be universal enough.

But them’s the breaks. We still have Springsteen.