Suddenly, as if out of nowhere, everybody’s talking about the Export-Import Bank today. Isn’t that exciting? I have some thoughts about this myself, if you’ll hold on for just a minute.

Hmmm. The Wikipedia entry was too long to read so I just skimmed it. Still, that should get me up to speed about as much as everyone else who’s become an instant expert today. In a nutshell, the Ex-Im Bank provides subsidies for American exporters. If, say, Malaysian Airlines wants to buy a few Boeing 777s, Ex-Im will provide them with a low-interest loan for that purpose. This is basically just a way of making the purchase price lower, and the benefit of this subsidy is divided between Boeing and Malaysian Airlines. 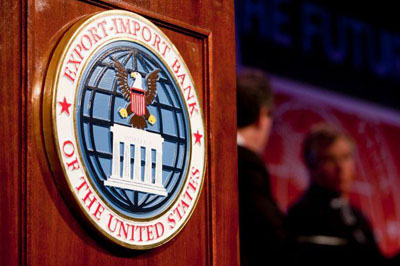 As with all subsidies, the precise division of the split between the buyer and the seller presumably depends on the elasticity of something or other, yada yada yada. Ask an economist for details.

But what should you, as a good liberal, think about all this? Killing Ex-Im is basically a conservative hobbyhorse, but plenty of lefties have weighed in too. Dean Baker points out that an interest rate subsidy is basically the same as a tariff, so if you’re in favor of free trade you should be opposed to Ex-Im. Paul Krugman admits that Ex-Im is mercantilist and therefore a bad idea—except when the economy is weak and monetary policy is up against the zero lower bound. Which it is, so Ex-Im acts as an economic stimulus, more or less, and we should probably keep it around for now. On a political note, Greg Sargent points out that deep-sixing Ex-Im may become the scalp tea partiers claim for their defeat of Eric Cantor, who was a big supporter.

Elsewhere, Matt Yglesias tells us that opposition to Ex-Im was largely driven by Delta Airlines, which was tired of seeing its foreign competitors get subsidies to buy their airplanes. The Wall Street Journal reports that four Ex-Im officials have been suspended or removed recently “amid investigations into allegations of gifts and kickbacks,” and Danny Vinik says these charges should be a warning for liberals. “If they prove true, then officials are choosing winners and losers based on kickbacks. And that should make the decision easy for liberals: Join with conservatives and oppose the reauthorization of the Export-Import bank.”

Meanwhile, a friend emails “Feel the schadenfreude!” after reading a Politico piece about how the Texas business community is feeling glum because Rep. Jeb Hensarling, normally one of their darlings, is dead set on killing Ex-Im. “The bank supported exports worth around $3.68 billion in fiscal year 2013,” says the story, “ranking the Lone Star State third among states in amount financed.” I guess them’s the breaks when you get into bed with a true believer.

This is probably already a lot more than you ever wanted to know about the Export-Import Bank, so I’ll stop. As for whether we keep it or kill it, it’s hard to make much of a case for keeping it except (a) as Krugman points out, it doesn’t cost us anything at the moment, and (b) every other country does it too. You may decide for yourself whether you find those reasons persuasive.