On Wednesday morning, conservatives were all atwitter over the fact that President Obama had been photographed playing pool and drinking a beer the previous night in Denver. A mere thousand miles away, there was a humanitarian crisis on the border! How out of 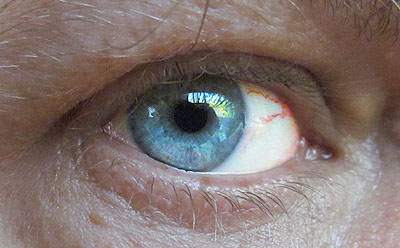 touch can a guy get? Clearly this was Obama’s Katrina moment.

This combined two of the right’s favorite Obama-era tropes. First, it was about his millionth Katrina moment. Conservatives still can’t get it through their heads that George Bush’s Katrina moment was never really about those famous photographs of him mugging with a guitar while the levees were being breached in New Orleans and later staring moodily out an airplane window at the flooding below. It was about “heckuva job, Brownie.” It was about his casual near-destruction of FEMA over the previous four years. It was about the startling contrast between his laggard response to Katrina and his near-frenetic response to the Terri Schiavo panderfest just a few months earlier. But conservatives simply refuse to believe this. They’re convinced it was all about an unfair photographic comparison, and they’re determined to make a Democratic president suffer the same fate.

Second, it’s become practically a parlor game for conservatives to chastise Obama for engaging in some kind of social activity while there’s a serious crisis somewhere. This is an evergreen faux complaint. After all, there’s almost always something serious going on somewhere, which means you can always figure out an excuse to haul out this chestnut.

Now, to some extent none of this matters as long as it’s just a partisan response from the professional right. But yesterday it metastasized into something more over Obama’s answer to a question about why he wasn’t heading down to the border to see the refugee crisis for himself. “I’m not interested in photo-ops,” he said. “I’m interested in solving a problem.” This almost instantly turned into a misquote: “I don’t do photo-ops.” And with that, the mainstream press started piling on too.

This was, obviously, ridiculous. First of all, Obama didn’t say that he doesn’t do photo-ops. That would have been idiotic. What he very plainly said was that in this particular case he wasn’t interested in doing a photo-op. He had introduced a plan to address the crisis and he was in Texas to discuss it with state officials. That’s where he wanted to keep the focus.

And with that, as if to mock me, the whole thing exploded into a moronic national conversation about the optics of shooting pool in Denver but not going to the border to have his photograph taken with wistful-looking Latin American children. This came just a couple of days after I had defended the word optics against Jamison Foser, and plainly Foser had turned out to be right. The mere availability of the word seemed to change the whole tone of the coverage. As Dave Weigel put it, “The president is the star of most D.C. political stories, obviously, so many stories end up being about whether they help or hurt him. The problem is that the press can’t be sure if they will, or won’t.” So they just guess.

Now, I suppose I still have a feeble defense to offer. I did say there were good and bad uses of optics, and this just happened to be one of the bad ones. But the speed with which one photograph and one misquote saturated the punditocracy and morphed into an inane conversation about optics surely makes Foser’s case for him.

So I give up. There are still good uses of the word optics, but as long as the press remains so addicted to dumb uses that have obvious roots in transparent partisan nonsense, it’s probably best to insist that they go cold turkey. No more optics, guys. Not until you demonstrate an ability to use the word like adults.