Adam Gopnik argues that knowing history won’t really help you understand the lessons of history. There are just too many of them, and you can always cherry pick whichever lesson supports the thing you 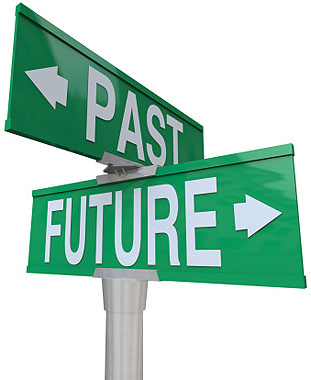 wanted to do in the first place. Rather, it should teach us humility:

….The real sin that the absence of a historical sense encourages is presentism, in the sense of exaggerating our present problems out of all proportion to those that have previously existed. It lies in believing that things are much worse than they have ever been—and, thus, than they really are—or are uniquely threatening rather than familiarly difficult. Every episode becomes an epidemic, every image is turned into a permanent injury, and each crisis is a historical crisis in need of urgent aggressive handling—even if all experience shows that aggressive handling of such situations has in the past, quite often made things worse.

Unfortunately, I doubt that Gopnik is right. Outside of academia, I haven’t noticed that a knowledge of history is correlated in any way with a calmer perspective on our current problems.

Take President Obama. He’s a smart guy. He knows history, and he has an instinctively level-headed attitude toward life in the first place. What’s more, he very famously won office partly on the strength of his skepticism toward military intervention and his opposition to “dumb wars.”

So what happened after he took office? He almost immediately approved a surge in Afghanistan. Then another surge. That didn’t work out especially well, and by 2011, when Libya was going up in flames, Obama was obviously reluctant to get involved. But he did anyway. And that turned into a complete clusterfuck. But even that wasn’t quite enough. Two years later he almost got talked into intervening in Syria before turning aside at the last minute. And that brings us to the present day and the threat of ISIS.

As near as I can tell, Obama is now, finally, genuinely, skeptical about military intervention. That’s why he’s been so reluctant to approve wider air strikes against ISIS even though there’s hardly a more deserving target of a bombing campaign anywhere in the world. He understands in his gut that it’s not likely to work, and that it definitely won’t work without an Iraqi government that can competently provide the ground troops to do the bulk of the fighting. Right now that doesn’t exist, so Obama is refusing to be drawn into an unwinnable quagmire. He finally understands.

But this isn’t because of his knowledge of history. It’s because of Afghanistan. And Libya. And Syria. It took three consecutive slaps in the face to finally convince his gut of what his brain probably believed all along.

In the end, I think this is why I sympathize with Obama’s foreign policy choices even though I’ve been at least moderately opposed to all his interventions. I’d like to think that I would have made different decisions if I’d been in his place, but the truth is I probably wouldn’t have. The institutional and political pressures in favor of military action are just too strong. More than likely, I would have caved in too until I eventually learned better from bitter experience.

Is Gopnik’s brand of historical fatalism any better than historical blindness? It’s hard to say. But it probably doesn’t matter. When it comes time to actually do things, we learn from experience, not the past.