Paul Krugman is trying to figure out why wealthy elites are so damn obsessed with the dangers of moderately higher inflation. After all, in a deep recession, inflation is likely to spur economic growth, and that helps rich folks. Their assets increase in value and they become even richer. So what’s their problem?

In a post yesterday, Krugman refers to my suggestion that it’s mostly a case of septaphobia, or fear of the 70s. The idea here is that inflation really did run out of control in the 70s, and it really did take a massive recession engineered by Paul Volcker to rein it in. If that was one of your seminal experiences of the consequences of loose money, then it’s no surprise that you fear inflation. But Steve Randy Waldman says this is “bass-ackwards”:

Elites love the 1970s. Prior to the 1970s, during panics and depressions, soft money had an overt, populist constituency….The 1970s are trotted out to persuade those who disproportionately bear the burdens 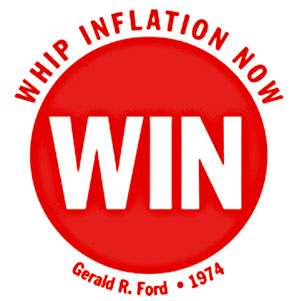 of an underperforming or debt-reliant economy that There Is No Alternative, nothing can be done, you wouldn’t want to a return to the 1970s, would you?

Quite right. Because the high inflation of the 70s really was painful for the middle class, the 70s do indeed serve a very useful purpose to elites who want to keep fear of inflation alive. But that begs the question: Why do they want to keep fear of inflation alive? The fact that elites have hated inflation forever isn’t an answer. During the days of the gold standard, high inflation really did hurt the wealthy. But today’s economy is vastly different from the hard-money + financial repression economy of the 70s and before. Inflation is much less threatening to the rich than it used to be. Why haven’t they figured this out?

I’m not sure, but I do want to note that both Krugman and Waldman have at least partly misunderstood me. Although I do think that septaphobia is a real thing, I mainly think it’s a real thing for the non-rich. It’s primarily the middle class that fears a rerun of the 70s. That might have been a bit muddled in my initial post (which Krugman linked to), but I made this clearer in a subsequent post about the roots of inflation phobia:

So what’s the deal? I’d guess that it’s a few things. First, the sad truth is that virtually no one believes that high inflation helps economic growth when the economy is weak….Second, there’s the legitimate fear of accelerating inflation once you let your foot off the brake….Third, there’s the very sensible fear among the middle class that high inflation is just a sneaky way to erode real wages….Fourth, there’s fear of the 70s, which apparently won’t go away until everyone who was alive during the 70s is dead. Which is going to be a while.

Krugman responds to Waldman here, and even though Waldman says my argument is bass-ackwards, I actually think he and I mostly agree. Krugman may be right that higher inflation would help the rich right now, and that they’d support it if they were smart. But Waldman argues there’s more to it. Basically, he thinks the rich are fundamentally conservative: inflation might help them on average, but there are still going to be plenty of losers whenever there’s an engineered change to the economy. Since the rich, by definition, are already doing pretty well, why risk it?

I think that’s probably right, though Waldman probably overstates its importance. Wealthy elites aren’t that conservative, especially when it comes to making money. Still, it’s almost certainly a significant factor. But I also think Krugman is right about false consciousness. In fact, that was #1 on my list above: the fact that virtually no one really, truly believes in Keynesian stimulus. (Waldman makes this point too.) If rich elites really did believe that a bit of high inflation would get the economy booming, I think they’d swallow their innate conservatism and support it. But they don’t. Almost no one really believes it in their guts.

That’s a failure of the economics profession, perhaps, but it’s also a legacy of septaphobia. After all, if you take a look solely at the surface—and that’s what most of us do, rich and poor alike—what’s the lesson of the 70s? That’s easy: Inflation got out of control and the economy went to hell. Then Paul Volcker reined in inflation, and the economy boomed. What’s more, the rich have prospered mightily in the 30 years of low inflation since then. So why mess with a good thing?

So yes: It’s septaphobia, both in a real sense and as a useful morality tale. It’s false consciousness from wealthy elites who don’t really believe that inflation will spur the economy. And it’s the innate conservatism of the rich, who don’t have much incentive to accept change when they’re already doing pretty well. Add to that the fact that inflation phobia is an easy sell to voters because the middle class really does have reason to fear inflation, and you have everything you need to make it nearly impossible to convince people that a bit of higher inflation would be a good thing right now. And so we stagnate.