Byron York says that Mitt Romney aspires to be the Harold Stassen of the 21st century:

Romney is talking with advisers, consulting with his family, keeping a close eye on the emerging ’16 Republican field, and carefully weighing the pluses and minuses of another run. That doesn’t mean he will decide to do it, but it does mean that Mitt 2016 is a real possibility.

….A significant number of Romney’s top financial supporters from 2012 have decided not to commit to any other 2016 candidate until they hear 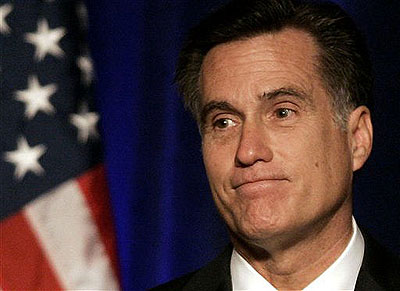 a definitive word from Romney. They believe they are doing it with the tacit approval of Romney himself.

….If Romney did run, one thing the loyalists expect is a change in his top strategists. Recently one veteran Republican operative who was not involved in the Romney campaign said, “All his people want him to run again because they made so much money off it the last time.” Now, Romney supporters say that if he mounts another campaign, they would demand that Romney not employ Stuart Stevens and Russ Schriefer, the Republican strategists who played key roles in the 2012 campaign. Who would take their place is an open question.

I know that Romney doesn’t want my advice, but here it is anyway: Just pay all these guys a bunch of money to go away and stop dreaming about a chance to light more of your money on fire. It will be cheaper in the long run, and your eventual job description will be the same too.

But as long as we’re supposedly taking this seriously, let’s put on our analytical hats and ask: could Romney beat Hillary Clinton if they both ran? On the plus side, Hillary’s not as good a campaigner as Barack Obama and 2016 is likely to be a Republican-friendly year after eight years of Democratic rule. On the minus side, Romney has already run twice, and the American public isn’t usually very kind to second chances in political life, let alone third chances. Plus—and this is the real killer—Romney still has all the problems he had in 2012. In the public eye, he remains the 47 percent guy who seems more like the Romneytron 3000 than a real human being.

Still, snark aside, if you put all this together I guess it means Romney really would have a shot at winning if he ran. We still live in a 50-50 nation, after all, and for the foreseeable future I suspect that pretty much every presidential election is going to be fairly close. And Romney certainly has a decent chance of winning the Republican nomination, since he’d be competing against pretty much the same clown show as last time.

So sure: Run, Mitt! I hear that Eric Cantor is available to be your vice president.