Placebos are fascinating things. They shouldn’t work, but they do. And it’s not just pills, either. In certain cases, it turns out, fake knee surgery can relieve pain just as effectively as 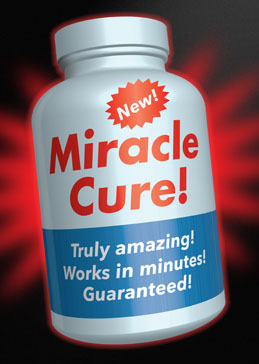 Given the strength and ubiquity of placebo effects, many physicians prescribe them. In fact, doing so was common practice before World War II, with supportive publications in the medical literature as late as the mid-1950s. This practice faded away after the rise of placebo-controlled trials that yielded treatments that were shown to be better than placebos, but it has resurfaced in new forms.

Today, the widespread use of antibiotics for conditions that don’t require them is a form of placebo prescribing, for example. Acetaminophen for back pain appears to be a placebo as well. These may help patients feel better, but only because they believe they will do so. The active ingredient adds nothing. To the extent some doctors trick patients in an effort to achieve a placebo effect, most patients don’t seem to mind. Nevertheless, deliberately harnessing just the placebo effect by prescribing a treatment that does not have any additional direct physical effect is an ethical gray area.

I didn’t know that placebo prescriptions were common before World War II. Interesting! I’ve also lately been trying to figure out whether acetaminophen is actually doing anything for the back pain I’m suffering thanks to an injury a few months ago compounded by some more recent cat-related idiocy that aggravated it. It kinda seems like it might, but I can’t really tell. But now I know. If there was an effect, it was a placebo effect.

Still, I’m disappointed that the placebo effect wasn’t more significant for me. Maybe this is why I’ve never had a lot of luck with medication in the first place. It’s not that it never works, but that most of it doesn’t seem to work very well. Perhaps it’s because I rarely have much confidence in the stuff, so I only get half the effect. It would probably help if I were more gullible.

The only recent exception I can think of is prednisone, which miraculously and instantly cured my breathing problems a few months ago. It only lasted a couple of days, unfortunately, though even after that my breathing was vastly improved, if not back to normal. But it did no good because, placebo or not, my doctors had no clue why it worked and were therefore unwilling to try more of it. Nor did it lead to any subsequent treatments since they had no clue what was going on and essentially decided to pretend the whole thing was just a coincidence. And people wonder why I’m skeptical of the medical profession.