Imagine somebody asked you to imagine the worst possible deal on taxes. It’d probably have the following qualities:

It would be bad for the environment.

It would be bad for the deficit.

It would give short shrift to the working poor.

And it would be a bonanza for corporations.

Unfortunately, you don’t have to conjure up such a package. Congressional Republicans already have. And for some unfathomable reason, Senate Democrats including Harry Reid seem inclined to go along—although the White House 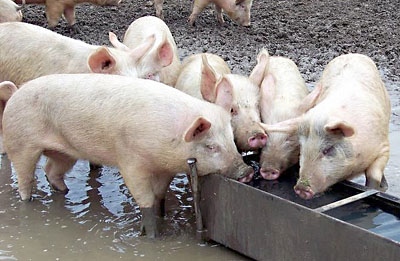 has vowed to veto such a deal if Congress goes ahead and passes it.

Actually, there’s nothing all that unfathomable about what’s going on. The tax extender bill may be a dog’s breakfast of legitimate tax provisions running interference for a long laundry list of indefensible giveaways and corporate welfare, but it’s always been supported by both parties and it would have passed long ago if not for an outbreak of routine sniping over amendments and 60-vote thresholds last spring. That aside, the whole thing is a perfect bipartisan lovefest. Republicans and Democrats alike want to make sure that corporations continue to get all their favorite tax breaks.

In fact, the only thing that’s really new here is the nature of Obama’s veto threat. He’s made the threat before, but primarily because the extenders weren’t being paid for and would add to the deficit. The fact that middle-class tax breaks might not also be extended was sort of an afterthought. Now, however, that’s front and center:

The emerging tax legislation would make permanent 10 provisions, including an expanded research and development tax credit….a measure allowing small businesses to deduct virtually any investment; the deduction for state and local sales taxes….tax breaks for car-racing tracks….benefits for racehorse owners.

….Left off were the two tax breaks valued most by liberal Democrats: a permanently expanded earned-income credit and a child tax credit for the working poor. Friday night, Republican negotiators announced they would exclude those measures as payback for the president’s executive order on immigration, saying a surge of newly legalized workers would claim the credit, tax aides from both parties said.

So there you have it. This bill is the first victim of Republican frothing over Obama’s immigration order. As revenge, they left out Democratic tax priorities, and Obama is having none of it.

This is all part of the new Obama we’ve seen since the midterm election, which seems to have had an oddly liberating effect on him. Over the course of just a few weeks he’s been throwing sand in Republican faces with gleeful abandon: cutting climate change deals with the Chinese; demanding full net neutrality regulations from the FCC; issuing an executive order on immigration; and now threatening to veto a Republican-crafted bill unless they include expanded EITC and child tax credits. It’s as though he’s tired of their endless threats to go nuclear over every little thing and just doesn’t care anymore. Go ahead, he’s telling them. Make my day.