If you don’t live in Southern California—or if you do, but have a life—you might not be aware of Club 33, a “secret” club at Disneyland coveted by the rich and famous as a hideway from the hoi polloi at the park. (And, not coincidentally, the only place at Disneyland that serves alcoholic beverages.) It’s so coveted, in fact, that there’s no waiting list for membership. Years ago, it got so long that Disneyland just closed it.

Today, the LA Times passes along breaking news that has outraged the 1% who are the primary (only?) denizens of the place:

For access to what is billed as “the most exclusive address in all of Disneyland” — Club 33 — many members pay $11,000 a year….The current uproar has to do with how many extra VIP cards are allotted to platinum members.

The cards allow a lucky few to enjoy many of the benefits of a member, including access to Disney parks and dining at the secretive Club 33 restaurant, tucked away in Disneyland’s New Orleans Square….But last week, platinum members received a letter that said in 2015 only the member and a spouse or domestic partner would have Club 33 benefits, while the price for the platinum level would rise to $12,000….A 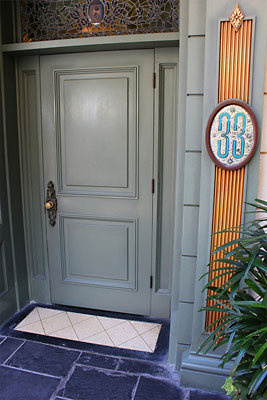 current platinum VIP cardholder was enraged. “It really has just turned to a money game for them.”

OMG! “It really has just turned to a money game for them.” This is mighty rich coming from someone who is almost certainly wealthy as hell and probably considers himself a rock-jawed supporter of laissez-faire capitalism. But if Disneyland raises the price and changes the terms of a product that obviously has far more demand than supply, why, it’s just an example of a bunch of ruthless money-grubbers taking advantage of the downtrodden. How dare they?

Plus he’s dead wrong anyway. First of all, last I looked Disney was a public corporation widely admired in the business world for its money-making prowess. Of course it’s a money game for them. Second, the waiting list for Club 33 is so long that it’s closed. Quite plainly, they could double or triple the price of a platinum card and keep their membership at the same level. In other words, if they really were just ruthless money-grubbers, they could instantly double or triple their revenues for Club 33 with the stroke of a pen. The fact that they haven’t done this clearly suggests some combination of loyalty to longtime members along with an understandable desire to avoid a PR headache.

Anyway, that’s Orange County for you. Home of conservative Republicans who have an abiding faith in the free market when they’re the ones setting the rules, but get in a snit when they themselves end up on the business end of the not-so-invisible hand. You can file this under the shockingly thin skins of the rich when they aren’t treated with the fawning deference they all think is their birthright.

UPDATE: Here’s a note for aficionados of behavioral economics. As near as I can tell, the outrage here is not over the modest 9 percent price increase. It’s over the loss of a perk. This is an example of people responding far more strongly to loss than to gain. And in this case it’s especially irksome because it’s the loss of a perk that allows a member to very publicly show off their status. “Going to Disneyland? Here, why don’t you take one of my VIP cards and eat at Club 33. It’s great.” This is a chance to do a favor for someone and show off your ownership of a normally invisible status symbol that money can’t buy. But now it’s gone.