Dan Kahan flags a recent bit of research about cognitive biases as a “run-away winner” in the contest for coolest study of the year. That might be a stretch, but it is pretty interesting.

Basically, it’s about whether police bodycams will help resolve disputes about what really happened in encounters between cops and civilians. There are reasons to think their effectiveness will be limited because even with video evidence, we tend to interpret ambiguous events to fit our preconceived biases. This is similar to the way sports fans interpret instant replays of penalties in ways that favor their home team, and it goes under the generic name of “motivated reasoning.”

So far, so boring. But conventional wisdom and common sense tells us that the way motivated reasoning works is simple: we view the events, and then we interpret them in light of our biases. That turns out not to be the case. The researchers performed a couple of studies based on video clips, one a citizen-police encounter and the other a brawl between two private citizens who wore different colored-shirts. In each case, the test subjects sympathized with one actor vs the other (police officer or suspect in 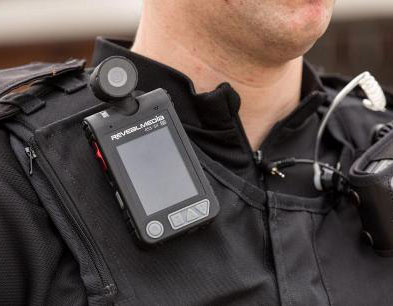 study 1, green-shirt or blue-shirt in study 2). And it turns that motivated reasoning happens way earlier and is even more unconscious than we thought:

The super cool part of the study was that the researchers used an eye-tracking instrument to assess the predicted influence of motivated reasoning on the perceptions of the subjects. Collected without the subjects’ awareness, the eye-tracking data showed that subjects fixed their attention disproportionately on the actor they were motivated to see as the wrongdoer—e.g., the police officer in the case of subjects predisposed to distrust the police in study 1, or the citizen identified as an “out-group” member in study 2.

Before reading this study, I would have assumed the effect of cultural cognition was generated in the process of recollection….But GBST’s findings suggest the dynamic that generates opposing perceptions in these cases commences much earlier, before the subjects even take in the visual images.

The identity-protective impressions people form originate in a kind of biased sampling: by training their attention on the actor who they have the greatest stake in identifying as the wrongdoer, people are—without giving it a conscious thought, of course—prospecting in that portion of the visual landscape most likely to contain veins of data that fit their preconceptions.

Kahan suggests that this study “comes at the cost of intensified despair over the prospects for resolving societal conflicts over the appropriateness of the use of violent force by the police.” Perhaps so. Certainly facts and evidence have a poor track record of changing minds, especially when it comes to emotionally charged events that affect our essential worldview. Still, I suspect that if bodycams become widespread, they’ll change minds slowly but steadily. In the same way that years of exposure to TV and movies have turned us into more sophisticated consumers of narrative video, years of regular exposure to bodycam footage may turn us into more sophisticated viewers of police-civilian encounters. We’ll probably know sometime around 2030 or so.